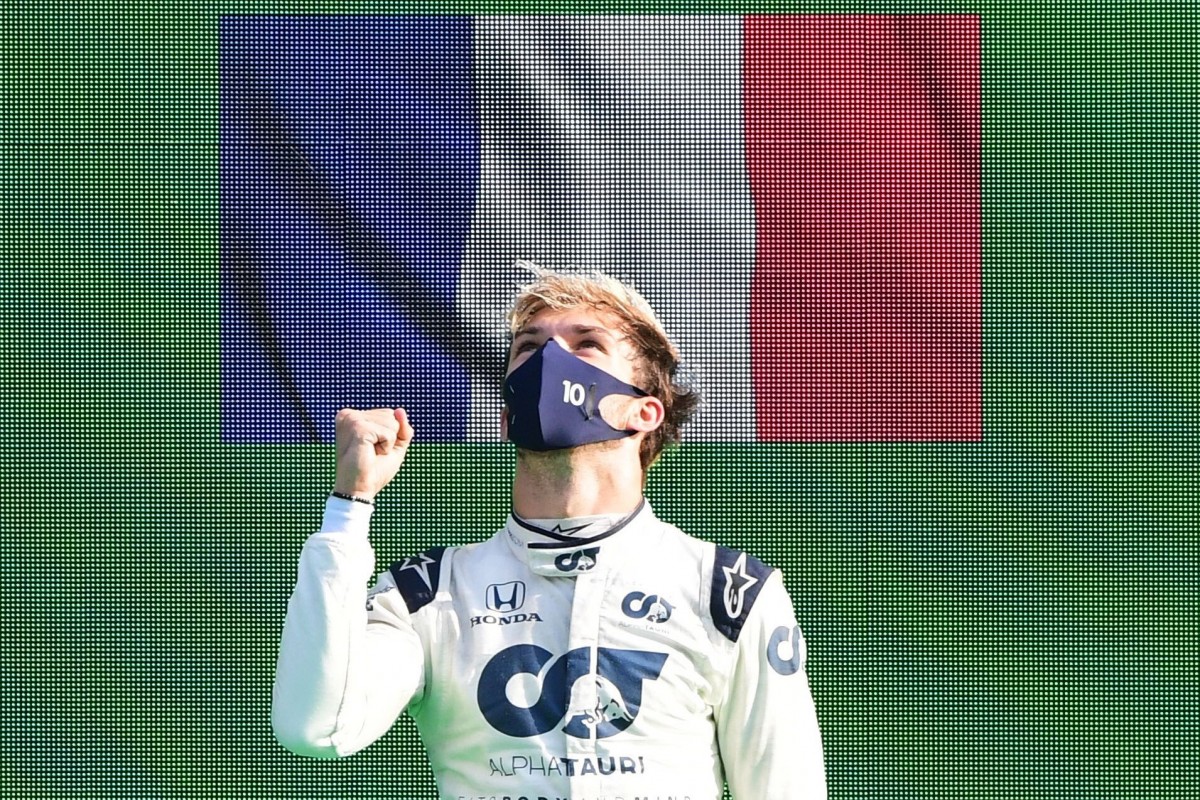 Pierre Gasly shocked the racing world by sensationally winning the Italian GP in Monza to win his first Formula 1 title in his career.

In what was a thrilling 53 laps, the race had a lot of twists and turns and ended with a win for the Alpha Tauri driver, Gasly who becomes the first French driver to win since 1996. Gasly’s best ever finish came in 2017 where he finished ahead of Lewis Hamilton in P2.

Gasly found himself leading a Grand Prix for the first time in his career at the standing restart after Lance Stroll ran wide into Turn 1 and Hamilton pitted to serve his penalty.

A second F1 podium for ALL THREE of our podium heroes!

Lewis Hamilton who started in pole position was handed a 10 second penalty for entering the pit lanes early along with Antonio Giovinazzi. Mercedes’ fellow driver Valterri Bottas suffered a poor start and faced engine issues to finish outside the podium places.

Red Bull’s Max Verstappen did not finish the race as an engine problem forced him to withdraw early at the pits. Alex Albon, on the other hand, disappointed again with a 15th place finish.

The podium places were completed by Carlos Sainz of Mclaren who gave a tough fight till the last lap, followed by Racing Point’s Lance Stroll.

We're LIVE with @wbuxtonofficial and special guest @PiFitti to drink in every post-race moment of a sensational #ItalianGP 🇮🇹#F1 https://t.co/OhCVhPtSWM

The race was halted due to a red flag as Ferrari’s Charles Leclerc suffered a bad crash in their home race. Sebastian Vettel’s disappointing final season with Ferrari went from bad to worse as a brake failure caused him to retire from the race.

Leclerc crashed out at high speed near the exit of the final corner at Monza, losing the rear of his car and spearing into the barrier at one of the fastest points of the circuit.

Leclerc was quick to report that he was unharmed and managed to get out of his car unassisted, but the medical car was deployed due to the severity of the crash along with the safety car.

LANCE: "I am [happy with P3]! It's been a couple of years since I stood on the podium so good to be back!

I'm really happy for Pierre, he had such a good start and he kept it consistent.

It's kind of a bummer as it was kind of mine to lose starting P2!"#ItalianGP 🇮🇹 #F1 pic.twitter.com/xN19O3mh9B

Incredibly, AlphaTauri become the first team outside Mercedes, Ferrari and Red Bull to win a race since 2013.

The race at Monza surely has to be the race of the 2020 season until now and fans will be hoping for more of the same.

Formula 1 : Claire Williams and Williams family to step aside from F1 Team

Previous articleLuka Modrić, and a war-torn childhood of alarms and bombs
Next articleNo fanservice: Security guards pin down fan who tried to touch Jon Moxley