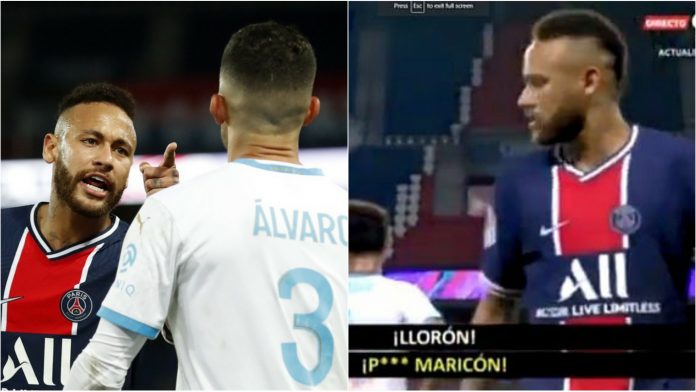 Neymar, the PSG striker was recently involved in a controversial argument with Marseille defender, Alvaro Gonzalez during the clash between the teams on Sunday. The Brazilian also accused the defender of making racist remarks. Now, as a video clip started to circulate on the internet, it seems that Alvaro Gonzalez is not only the only one to be blamed, Neymar also might have used a homophobic term.

A twist in the tale: Neymar makes homophobic remarks 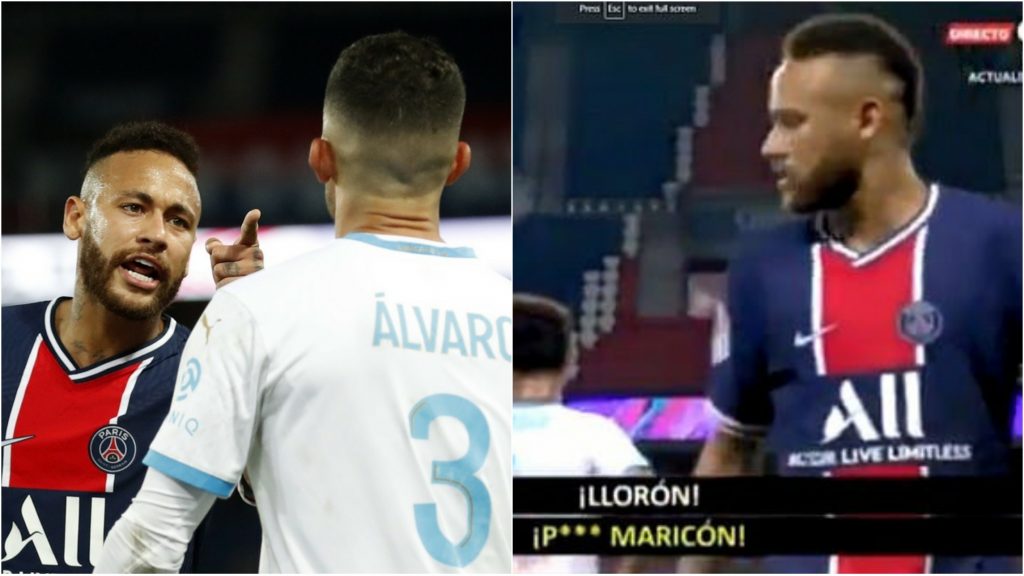 Neymar, the 28-year-old accused Alvaro Gonzalez of racism during their 1-0 defeat against the visitors. He was also sent off after he slapped the Marseille defender on his head.

A video clip of the 37th minute of the match started floating on social media which shows the verbal exchange between the two players. A Spanish network channel, Gol Tv tried adding the subtitles of the fallout.

Neymar had previously claimed that Alvaro Gonzalez made a racist comment as he called the Brazilian “monkey mother******” and that is the very reason why he lost his cool and smacked the defender. However, the Spanish defender denied making such remark.

But, as the subtitles in the video can be seen, the Brazilian striker might have said, “p*** maricon” to the Marseille defender, which literally translates to “f****ing queer” and that is a homophobic remark. 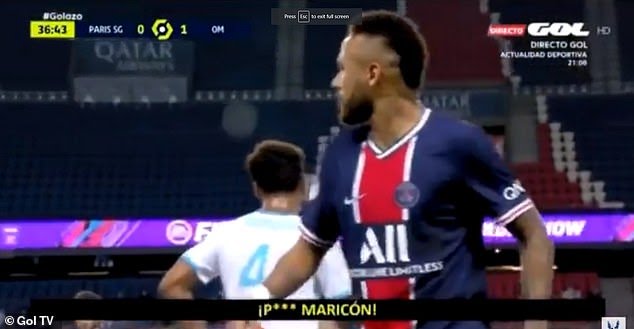 Though it is not clearly established if the PSG ace had actually made the mentioned remark as the commentator also spoke simultaneously.

You can watch the video below:

Neymar took to Twitter and had opened up against the racism that he had to experience. 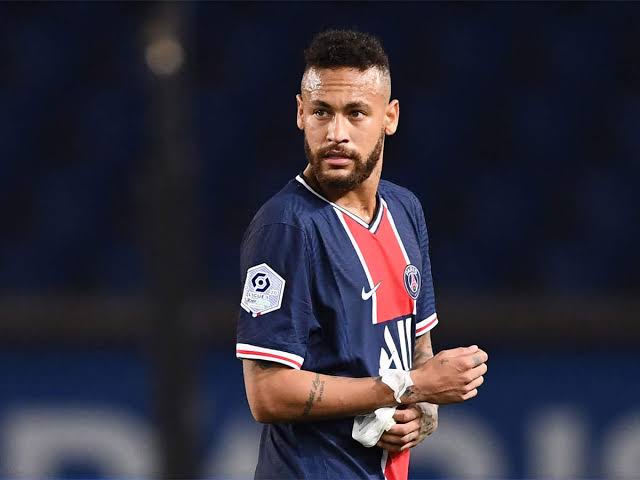 His Tweet read, “VAR spotting my ‘attack’ is easy, Now I want to see it pick up the image of the racist calling me “MONO HIJO DE PUTA” (monkey motherfucker). That’s what I want to see. And then?”

“I do a rainbow flick, you punish me. For a slap, I get sent off … what about them? What then?”

Neymar continued his ‘revolt’ on his Instagram page. However, he regrets slapping Alvaro Gonzalez but would not tolerate the racism that he had to face, which is to be stopped.

He said, “I am saddened by the feeling of hatred that we can provoke when in the heat of the moment we snap.” 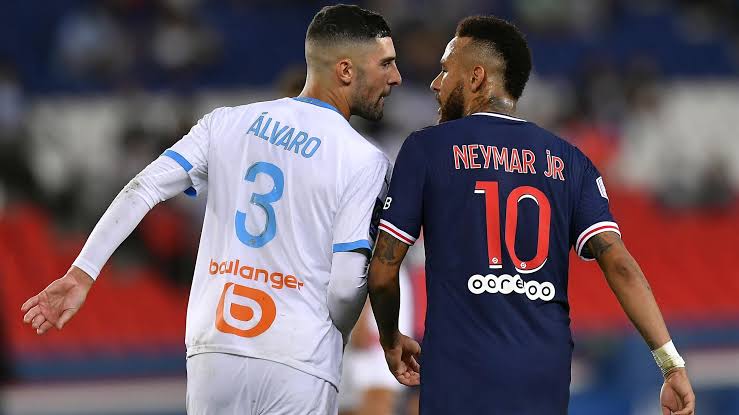 PSG and Brazil Government have shown support to Neymar but he could face multi-match suspension along with Alvaro Gonzalez as LFP is undergoing an investigation.

Roman Shirokov’s “red” fury and a charge of “attempted” murder