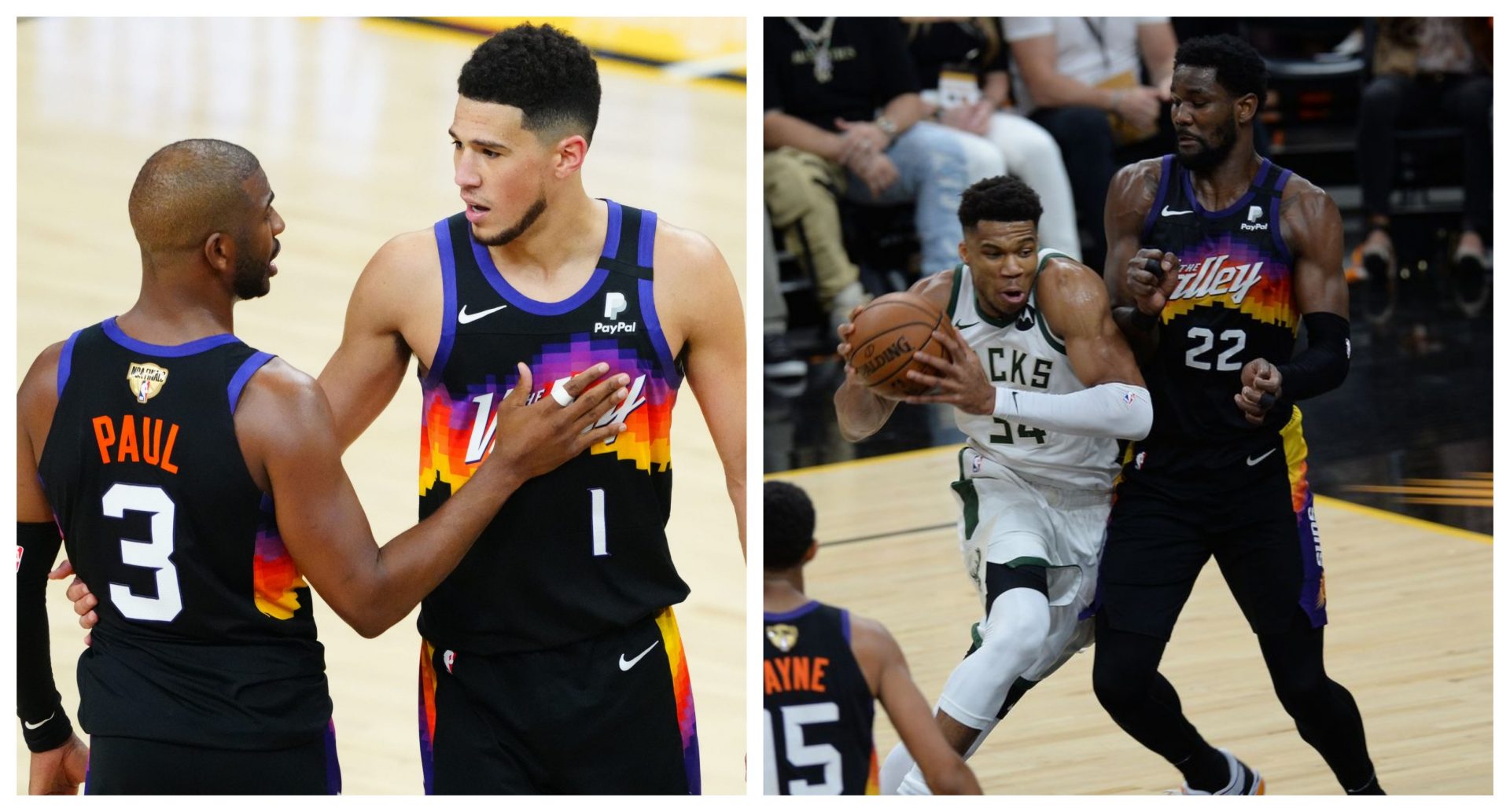 A match 16-years in the making for Chris Paul ended on a winning note as Phoenix Suns defeated Milwaukee Bucks in Game 1 of the NBA Finals.

Taking six games to wrap up their respective conference finals, the Bucks and Suns had close contests during their matchups in the regular season.

Giannis Antetkounmpo made a return to the starting lineup after missing out on the second half of the series against the Hawks. The Greek ace had suffered from a hyperextended knee and was feared to have damaged his ligaments. The late call ended in his favour as he was given the green light to appear in his first finals game.

The first quarter was an even contest with only four points separating the two sides. The Suns’ fans were at their vocal best with their side making it to the finals after a considerable period of time.

A short burst by Mikal Bridges right at the end of the second quarter helped the Suns stretch their lead to 8 points. But, it was the third quarter where the tide of the contest changed completely.

The All-Star guard posted 16-points in the quarter and helped push the lead to double digits. The Bucks managed to reduce the deficit to seven points with over seven minutes left in the contest. A three-pointer by Devin Booker brought back the double-digit lead and with it, the contest as well since the Bucks fell short by 13-points in the end.

Chris Paul top-scored in his maiden finals appearance with 32 points to his name and was well-aided by the rest of his Suns entourage. Devin Booker posted 27 points while Deandre Ayton was near-invincible in the paint with 22 points and 19 assists.

Giannis was able to rack up 35 minutes on the court despite the injury concerns and notched 20 points and 17 rebounds in the game. Khris Middleton was the top scorer for the visiting side with 29 points.