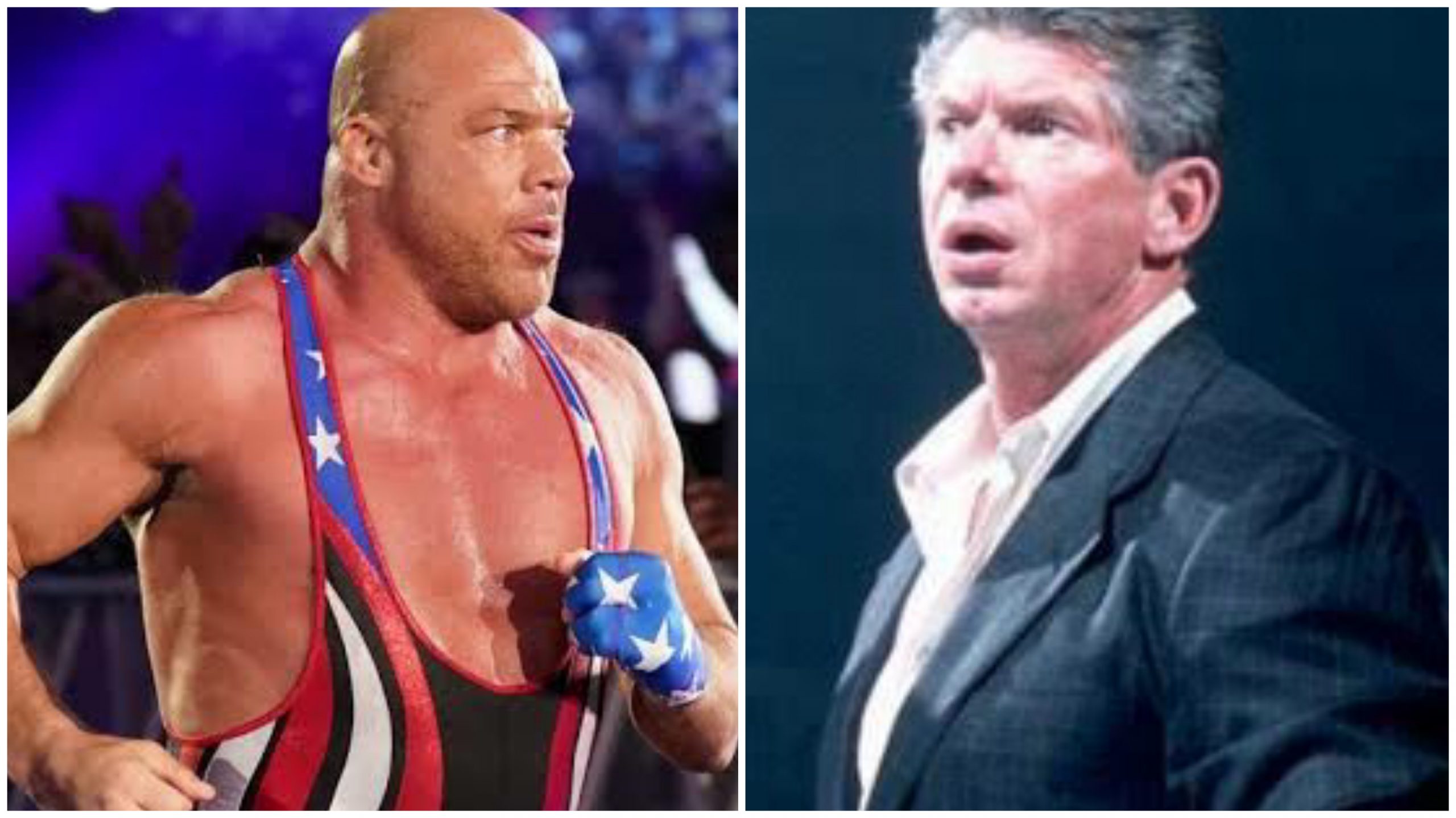 On his podcast, Kurt Angle reminisced the time he threatened WWE majority owner Vince McMahon of beating him up.

KURT ANGLE HAD A RISING PAINKILLER ADDICTION NO ONE KNEW ABOUT

From his debut at WWE to 2006, “The Olympic Hero” and Vince McMahon were pretty close, but the relationship soured since 2006, when the former starting becoming more and more erratic, possibly due to painkiller addiction. He started sending his boss threatening messages in which he noted he was going to beat him up. The reason was a rising painkiller addiction, which no one knew about.

Despite being injured a lot of times, he could not take much time off as many other talents were injured. Thus, he had to rely on painkillers and mentally he was worsening. He kept texting McMahon with the threatening messages, and seeing the boss ignore them completely and never reply to them made him even more angry. When he was drafted to the new ECW brand, his physical and mental health were further worse.

“Up until 2006 we were pretty close but my behavior became erratic. I started behaving out of control, sending Vince text messages threatening to beat him up. I had the painkiller problem that nobody knew about, I was injured so much and I couldn’t take any time off because a lot of the other talent were injured, a lot of the top guys. I was kind of there to keep the product intact and mentally I was just losing it. I was texting Vince more and more and he wouldn’t respond and that pissed me off even more. After I joined ECW it got even worse,” he said.

After leaving the company in 2006, Angle would not be seen in a WWE ring again until more than a decade later in 2017, when he would be inducted to the WWE Hall Of Fame and placed as the General Manager of Monday Night Raw. He would later stage an in-ring comeback, taking part in a number of matches before retiring after losing a match to Baron Corbin.