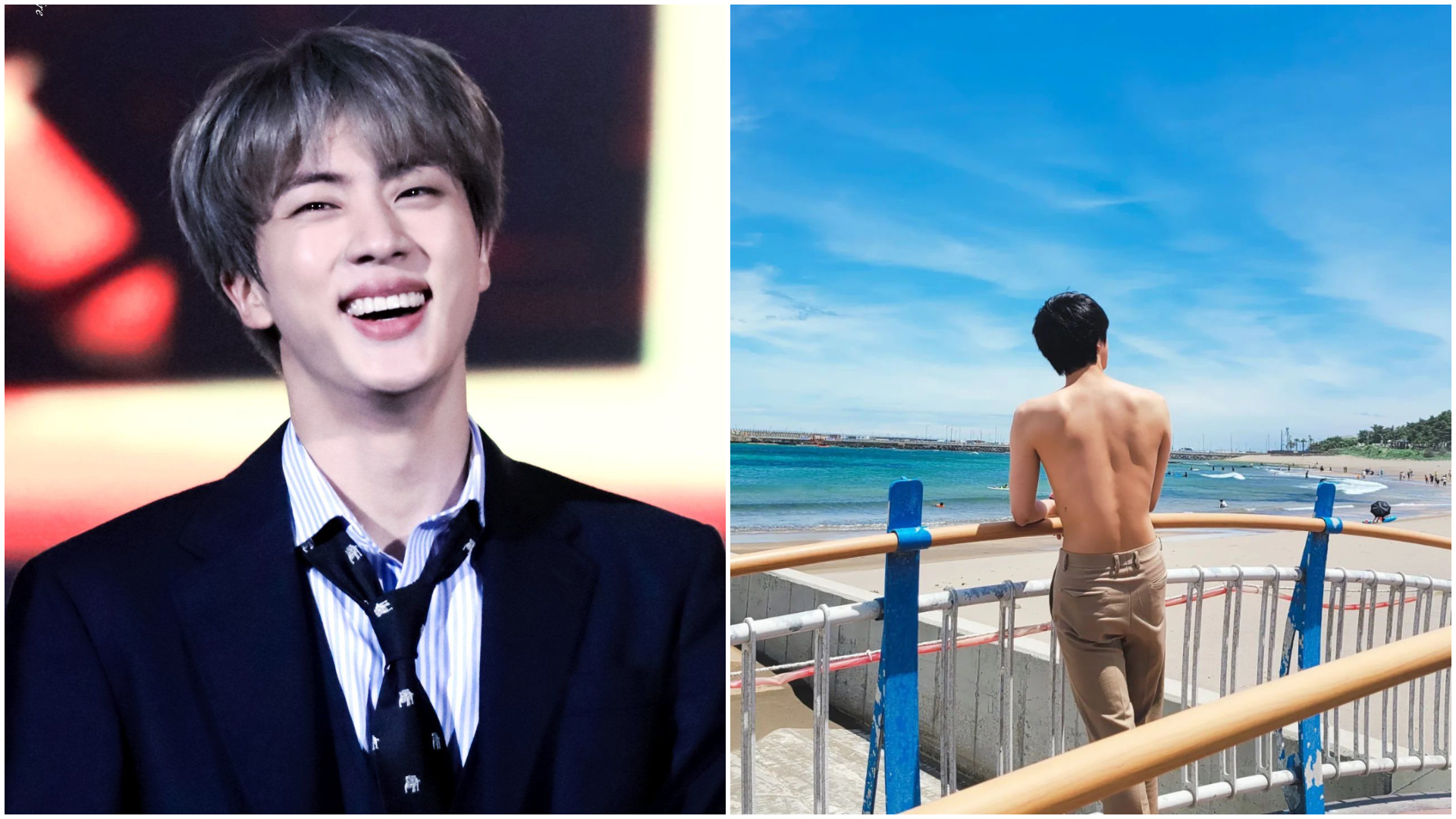 BTS ARMY have a treat for their eyes as the group singer Jin aka Kim Seokjin dropped a social media post. The fans are drooling over the shirtless images that were posted. Jin took to his Instagram account and shared shirtless pictures to flaunt his new tattoo. The singer, as part of the group, got the number ‘7’ inked on his lower waist.

BTS Army had a great start to the day on Sunday. Jin took to the social media platform, and shared a couple of shirtless pictures with the tattoo. He went on to pose at a beach, with his back to the camera. The picture drew huge attention from ARMYs and even his fellow BTS members have commented on the post.

BTS leader RM thought Jin was posing completely naked. “Oh, I was shocked. I Thought you weren’t wearing pants either,” he wrote. Jin replied, “Then it’s a crime.”

Fans took to Twitter and begged Jin for mercy. “We live in a world where jin has showed the most skin out of everyone in bangtan in the year 2022 this was not in my chapter 2 bingo card,” a fan tweeted.

Some fans believe Jin is driving them insane. One wrote: “KIM SEOKJIN YOU WERE SILENT THESE PAST FEW DAYS AND CAME BACK TOPLESS HOLY SHIT YOU’RE DRIVING ME INSANE”

Another user wrote: “NEVER IN THIS LIFETIME DID I THINK KIM SEOKJIN WOULD POST SOMETHING LIKE THIS”

One of the fans reacted writing: “IF ANY ONE HAD TOLD ME THAT WE WOULD GET SHIRTLESS KIM SEOKJIN OUT OF NOWHERE, UNANOUNCED, UNPREPARED FOR I WOULD HAVE SAID YOU WERE LYING!”

KIM SEOKJIN YOU WERE SILENT THESE PAST FEW DAYS AND CAME BACK TOPLESS HOLY SHIT YOU'RE DRIVING ME INSANE pic.twitter.com/mqfYnkXdt9

Jin is not the only one to flaunt a tattoo. Previously, fellow bandmate, Jungkook had revealed that Jin had got a tattoo around his waist and BTS members had revealed that they had decided to get matching friendship tattoos as they completed several years in the K-pop music industry. Each member shared pictures of their tattoos on social media soon after they got it done.

Previous articleTrainer Robert Garcia believes Canelo was not at his 100% before Bivol fight: Something could have been wrong
Next articleTop 5 Moments from the 2022 Champions League