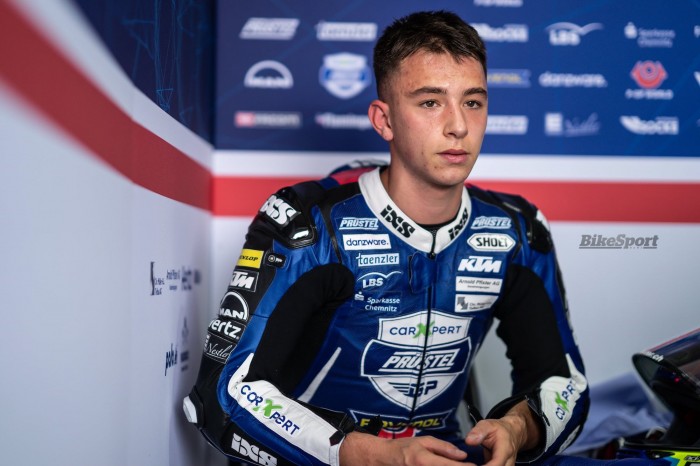 A piece of saddening news has hit the motorsports community as Jason Dupasquier, a Swiss Moto3 rider who was only 19 years of age, succumbed to the injuries he sustained after crashing at the Italian Grand Prix.

On Saturday, towards the end session of the Moto3 qualifying session for the Italian GP at Mugello, Jason Dupasquier was involved in a clash with fellow riders Ayumu Sasaki and Jeremy Alcoba, which was red-flagged immediately.

Dupasquier was seen falling from his motorcycle, which then hit the Swiss rider, followed by Sasaki’s machine. Later on TV, Alcoba revealed that he presumably went over Dupasquier’s legs at the time of the accident.

After the collision, Dupasquier slid along the track and was treated for more than half an hour by the Doctors on site, before he was airlifted to the hospital where the teenager was diagnosed with vascular lesion as well as severe brain damage and underwent chest surgery.

Unfortunately, the injuries were so severe that the youngster couldn’t make it.

“Following a serious incident in the Moto3 Qualifying 2 session at the Gran Premio d’Italia, it is with great sadness that we report the passing of Moto3 rider Jason Dupasquier,” the statement read, “despite the best efforts of circuit medical staff and all those subsequently attending to the Swiss rider, the hospital has announced that Dupasquier has sadly succumbed to his injuries.”