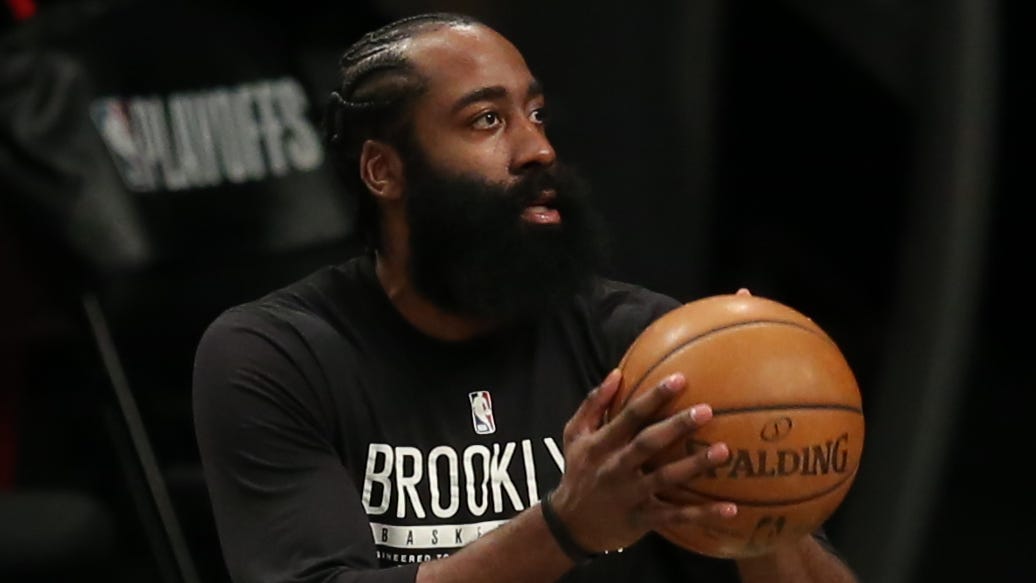 Brooklyn Nets’ James Harden is hoping to start in the fifth game of the Eastern Conference semi-finals against Milwaukee Bucks. He will test his right hamstring prior to the tip-off and will then take a call whether to start or not.

The Nets suffered twin defeats at the Fiserv Forum and blew their 2-0 lead. To make matters worse, they will be without Kyrie Irving, who has been ruled out due to an ankle injury sustained in Game 4.

Harden reportedly participated in the Nets shootaround on Tuesday morning with considerable progress in his recovery from the injury he sustained in the first minute of Game 1.

As a result, his status for the tie-breaker game has been bumped up to questionable from doubtful.

Kyrie Irving had a nasty landing which twisted his ankle which effectively rules him out of the ongoing series.

Harden, on the other hand, had aggravated his hamstring injury after a innocuous collision with Jrue Holiday. The very same injury had forced the former Rockets ace to miss out on the final leg of the regular season. While he managed to play scot-free during their 4-1 first round series win over Boston Celtics, it has returned back to haunt him at a crunch time.

Earlier, Nets coach Steve Nash had stated that Harden is on the right track to recovery while adding that the status of Irving’s injury is yet to be known despite favourable results on the X-Ray reports.

“I asked him and he says he’s feeling better, doing better,” Nash said. “I asked the staff, they say, ‘Yeah, it’s getting better.’ I think he’s in that arena where he’s got a little gap to make up. But he’s getting closer, so it’s been positive.” Nash said of Harden

“I have no idea what’s going to happen with Ky in the coming days. We’ll cross our fingers and hope that it’s better than—I don’t know, better than what?—better than missing the next game,”  Nash commented on Irving’s status as well.

Previous article
Hasbulla Magomedov picks THIS UFC icon as his next opponent
Next article
EURO 2020: Italy vs Switzerland Odds, Predictions and Analysis