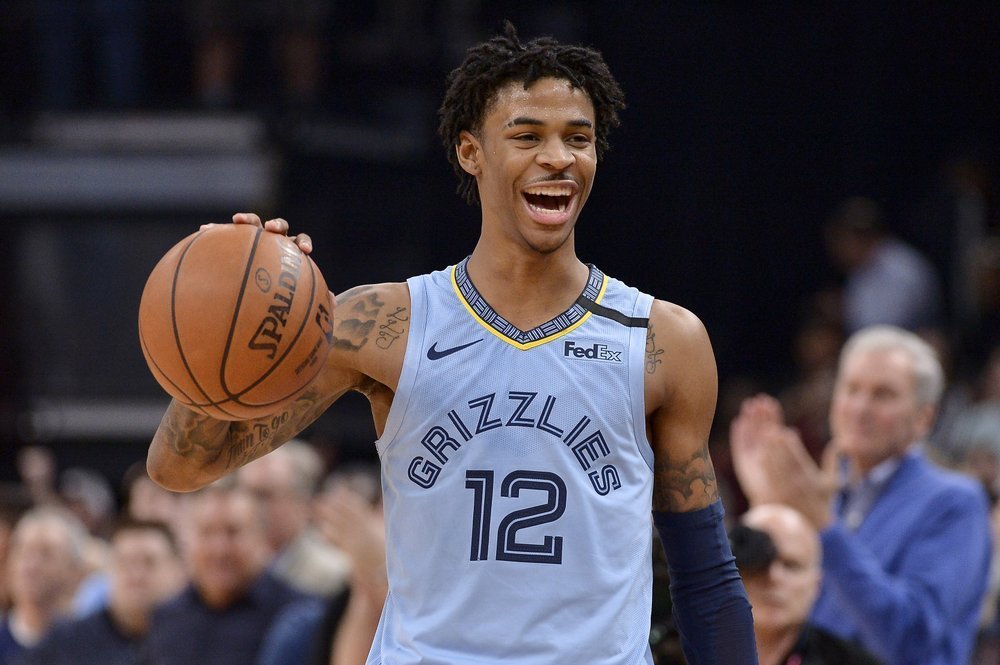 The Memphis Grizzlies’ Ja Morant has been named the 2019-20 KIA NBA Rookie of the Year, the NBA announced on Thursday. The 6-foot-3 guard is the second player to win the Rookie of the Year Award with the Grizzlies, joining Pau Gasol who won in 2001-02.

“Man, it’s a blessing,” Morant said on “Inside The NBA” pregame show Wednesday night before the Boston Celtics played the Toronto Raptors.

” I’m definitely honored. I put a lot of work in, day in and day out. This journey has been rough but, you know, in the end it’s all paying off. I still have a lot more work to do, but for guys, kids who are not heavily recruited right now, this gives them hope.”

Morant excelled late in games, ranking sixth in the NBA in fourth-quarter scoring average (7.3 ppg) in games played through March 11. Of the top six players in that category, Morant had the highest fourth-quarter field goal percentage (55.9). The electrifying guard led all qualifying rookies in points (17.8) and assists (7.3) per game, and shot 47.7% from the field.

A message from the ROY 🏆 pic.twitter.com/IqVJxtbycd

Williamson was the overwhelming favorite to take Rookie of the Year heading into the 2019-20 NBA season, but injuries forced him to miss a major part of the season for the Pelicans.

Morant, who turned 21 in August, receives the Eddie Gottlieb Trophy as the KIA NBA Rookie of the Year. Gottlieb, one of the NBA’s founders and a Naismith Memorial Basketball Hall of Famer, coached the Philadelphia Warriors to the 1946-47 championship in the league’s first season.

The league has handed out four season-ending awards till now : Coach of the Year, won by Toronto Raptors coach Nick Nurse; Most Improved Player, won by Pelicans forward Brandon Ingram, Defensive Player of the Year; won by Milwaukee Bucks forward Giannis Antetokounmpo, and Rookie of the Year.

The team held the No. 8 seed in the Western Conference entering the Orlando bubble, when awards voting were done and were ultimately eliminated in the play-in series losing to Portland TrailBlazers.