He’s a fraud, a fake: George Kambosos Jr lashes out at Teofimo Lopez 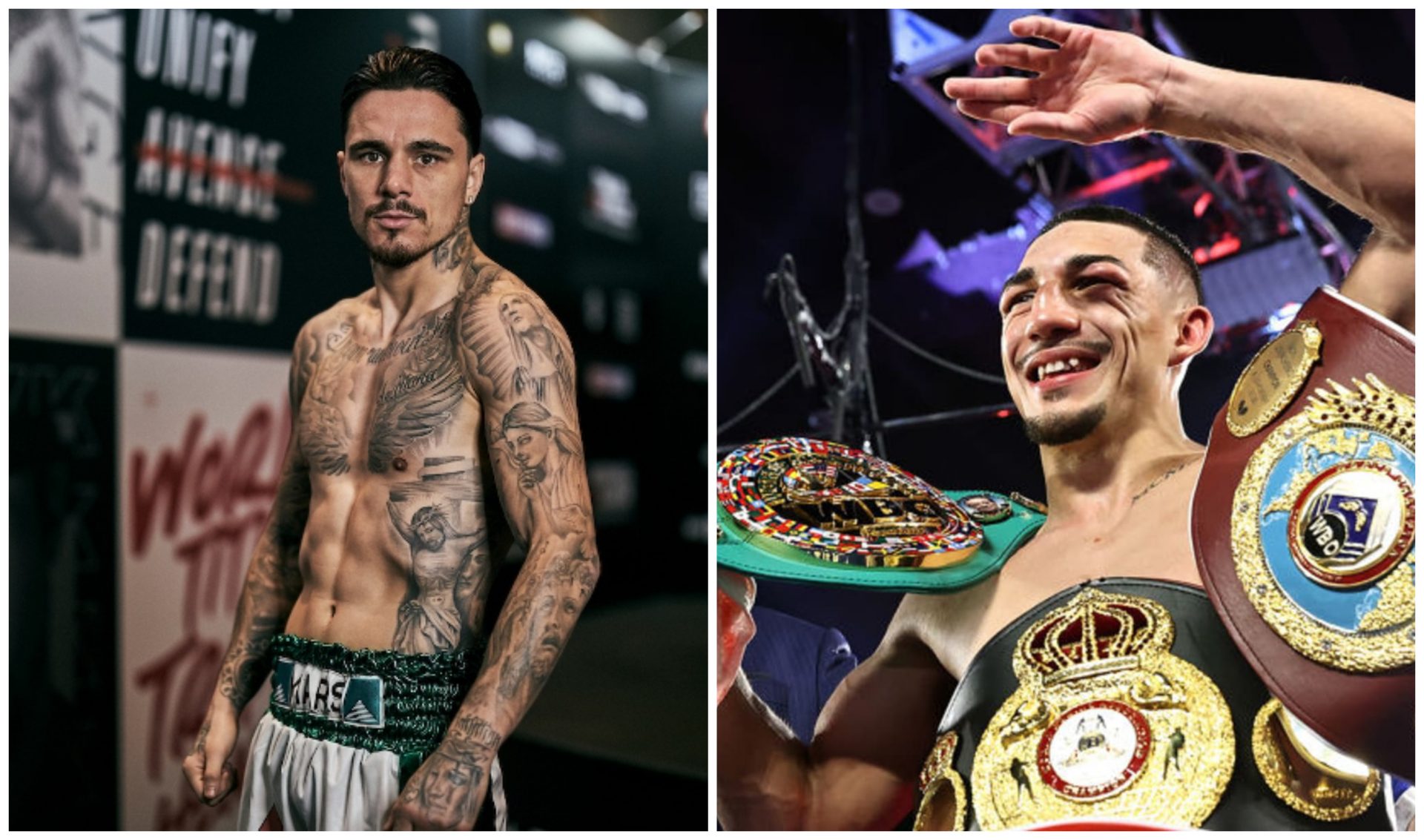 Just weeks before George Kambosos Jr faces the toughest challenge of his boxing career on 19th June, against unified lightweight champion Teofimo Lopez, the Aussie mandatory challenger has lashed out at his upcoming foe, accusing him of being “fraud” and “fake.”

The fight between Lopez and Kambosos was announced back on 9th January this year with the official order from the International Boxing Federation. The bout will head for the LoanDepot Park in Miami, where Lopez will put up his WBA (Super), IBF and WBO belts on the line.

Lopez is filled with contradiction: Kambosos claims the unified champion is in “trouble” on June 19

Meanwhile, a recent statement from Lopez has gotten into the bad books of Kambosos, and for the same, “Ferocious” has been going at the 23-year-old unified champion with some harsh criticisms, claiming that Lopez contradicts what he says.

“Lopez is a fugazi, a fraud, a fake,” said Kambosos in a recent interview, “he’s got a fake persona filled with contradictions.”

What has irked Kambosos is the recent comment Lopez made about Manny Pacquiao after his fight against Errol Spence Jr was announced. Even though in the past, Lopez has been a critic for the eight division world champion Filipino for his age, “The Takeover” recently shed praise on Pacquiao, saying that the Senator “has the Eye of the Tiger Still”, and this is something Kambosos pointed out.

“Two months ago, he (Lopez) was talking about how gone Pacquiao was, now he’s all over him because of the Spence fight announcement,” the 27-year-old went on, “what you see with me is real and what you get is real.”

Alongside taking shots at him for switching his opinion on “PacMan”, Kambosos even stated that Lopez is donning a “fake persona” for claiming that he hails from Brooklyn.

‘I’m more Brooklyn than Lopez is. He’s not from Brooklyn, he’s from here in Davie, FL where he went to school. It’s just a fake persona saying he’s from Brooklyn, said Kambosos, “the tremendous support I get from the American boxing fans is due to them wanting me to beat Lopez. They can see right through his fake persona.”

Although Lopez is the favourite to win the fight before he eyes the undisputed crown at 135, Kambosos is planning something else- as the Aussie suggests that the fight will end with a laugh on his face.

“Whatever they’re saying, three rounds this and four rounds that. I’ll be laughing at him, coming forward and blasting away every round and after the third round, he’s in very big trouble,” Kambosos asserted, “we’ve got a great game plan. When I fight its full tunnel vision and there’s no way I’m not coming out victorious.”