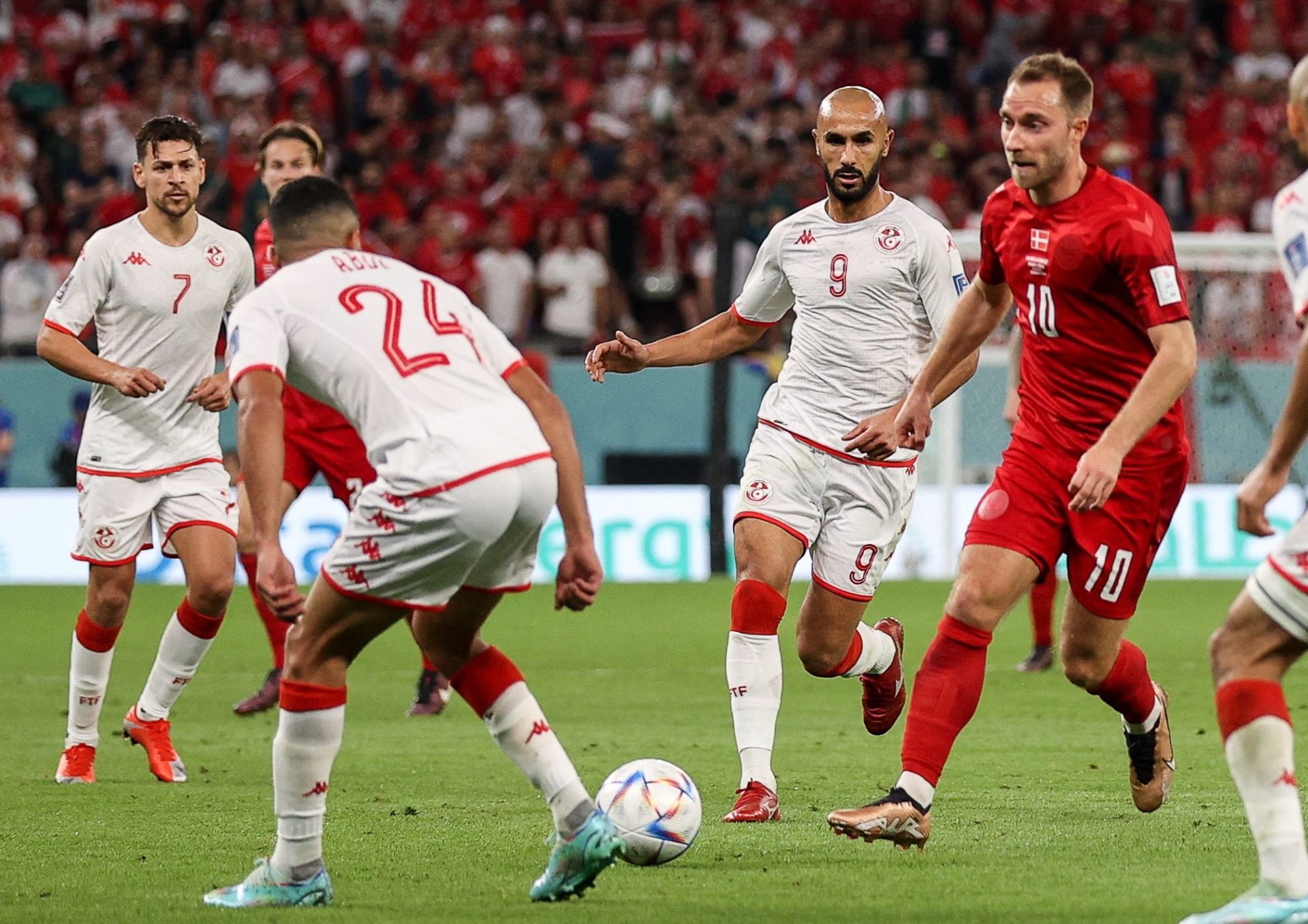 Denmark and Tunisia locked horns in a cagey affair in a Group D fixture at the FIFA World Cup 2022 match at the Education City Stadium in Al Rayyan on Tuesday. The match ended ended in a goalless draw.

Both the teams played an exciting first half as the score remained 0-0. It was a cagey affair for both the teams, with no clear-cut goalscoring chances. Denmark enjoyed most the ball but they were yet to create a big chance in the first half.

Tunisia showed some great intensity and also came close to scoring forcing Kasper Schmeichel to make an excellent save. Denmark, on the other hand, started slow but have build and are threatening Tunisia with incoming crosses.

Tunisia had a couple of threatening attacks early into the second half but none of the moves materialized. In the 54th minute, the Danish fans were seemingly relieved after Andreas Skov Olsen found the net but Mikkel Damsgaard was offside and the goal was disallowed.

There was a late VAR drama in the final moments of the match as the ball hits the hands of a Tunisia player, while dealing with a corner. However, the ref was happy to continue the play. At the final whistle, the scoreboard displayed 0-0 as both the teams share a point each.