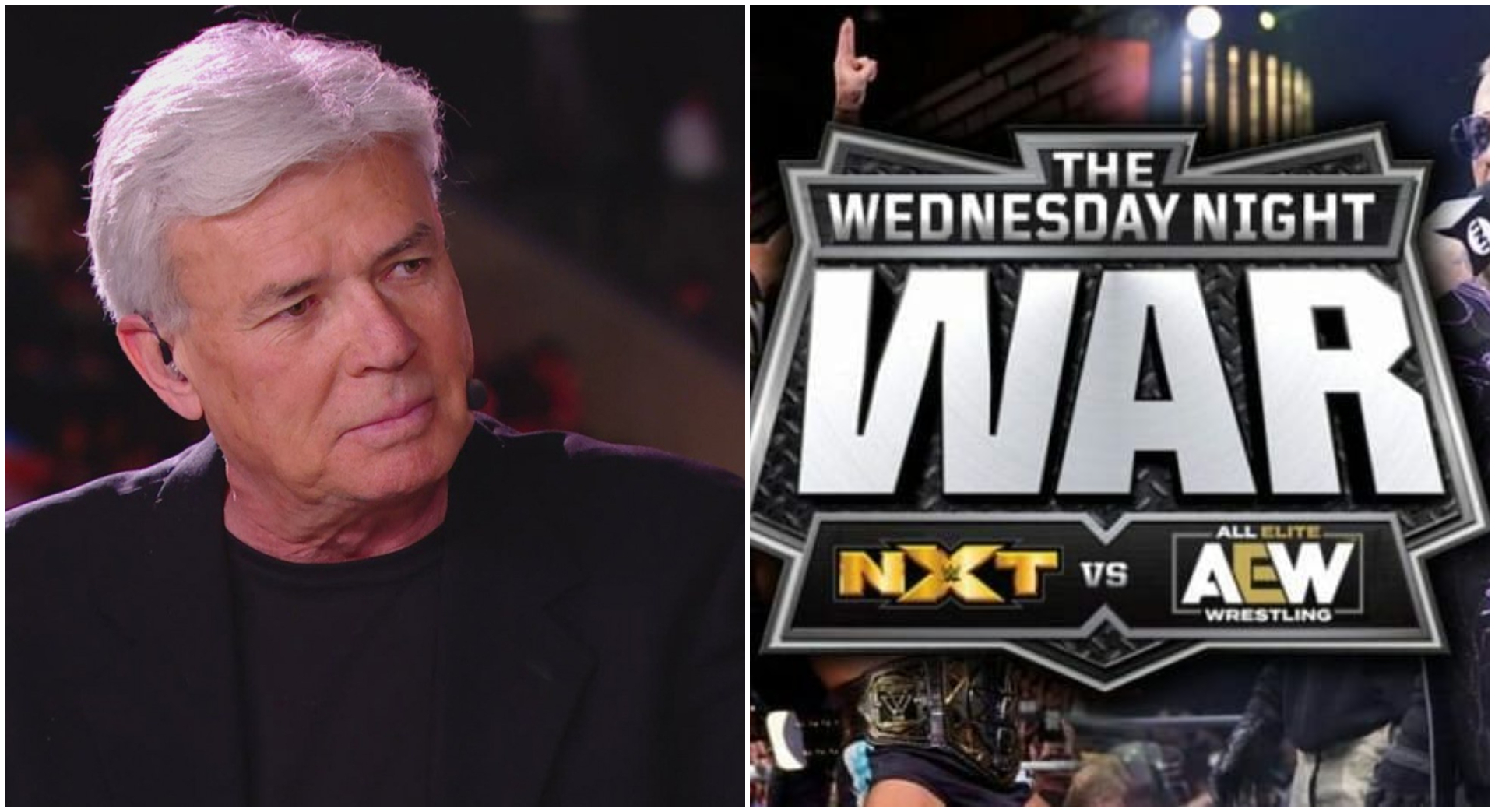 The WCW and WWE legend Eric Bischoff on the latest episode of the 83 Weeks Podcast, opened up on the highly talked competition between WWE NXT and AEW. There was a time when NXT and AEW went head to head in terms of viewership on Wednesdays and it was considered as ‘The Wednesday Night Wars’. Most of the time AEW has beaten NXT and the latter eventually moved to Tuesdays putting an end to the ‘war’. WWE Hall of Famer Eric Bischoff gave his take on the comparison between WWE’s developmental show to AEW’s full roster.

Eric Bischoff opens up on the NXT-AEW competition 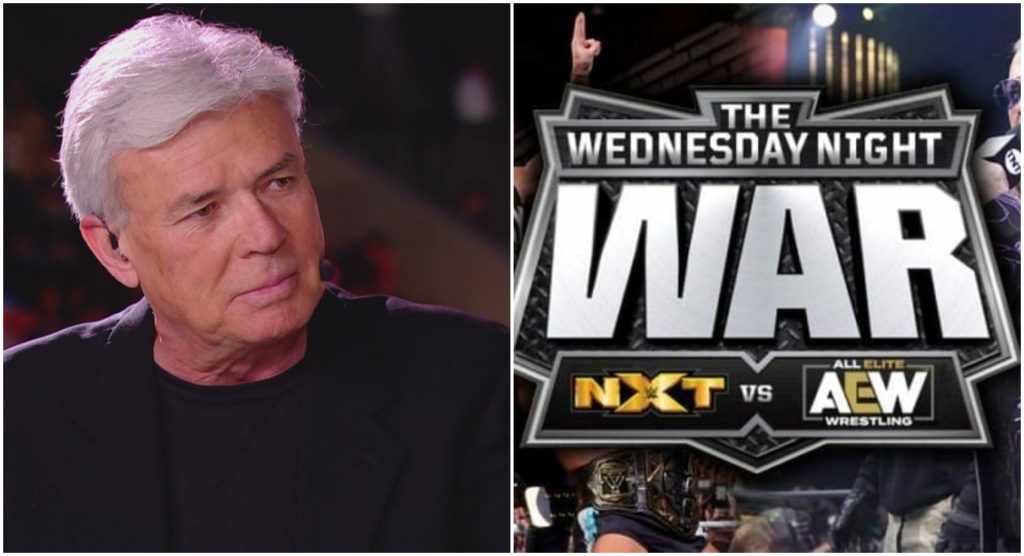 AEW had been promoting themselves as the alternate product of WWE but ended up becoming a serious threat to Vince McMahon’s company within a couple of years. AEW Dynamite has beaten NXT on several occasions but Eric Bischoff is completely against fans comparing both the promotions and calling it a war.

Bischoff talked about the Wednesday Night Wars and noted the issues he had with so many people wanting to compare WWE’s developmental show to AEWs full roster.

“It was the very best lineup on AEWs roster against the developmental squad of WWE. Not really competition, folks. That’s not the same thing, but everybody wants there to be, and I do too. I’m one of you, but all of us want there to be that Monday Night War vibe. We want that as fans because it was fun and history has taught us that it actually raises the tide and everybody’s boat floats higher when it happens, so we want that. But it’s not really a war yet.”

He said that he hasn’t heard any criticism thrown AEWs way for getting beaten by Friday Night SmackDown now that AEW has Rampage on Friday nights. He said:

“If that’s how we’re going to contextualize this battle, what about the fact that SmackDown delivered the week before, more viewers in the demo than AEW had for total viewers? People two years old and above, that’s kind of a big deal but nobody talked about that. Nobody wants to make that kind of comparison because, well, that doesn’t look good.”