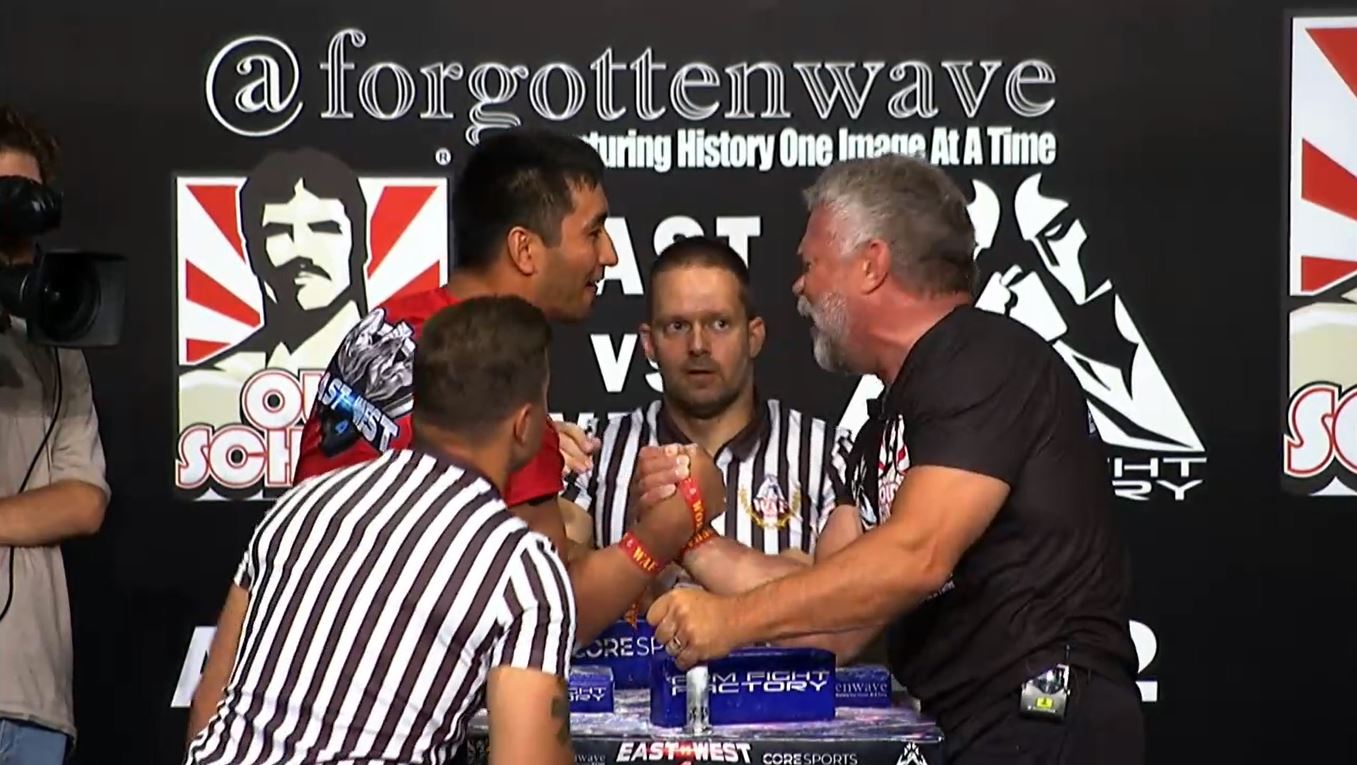 One of the biggest and most premium arm wrestling competition series of all time, East vs West hosted its 4th edition East vs West 4 this 6th of August as the top drawer event returned to Istanbul, Turkey with another star-studded fight card featuring the best of the best from the eastern and western arm wrestling scenes.

The 15-match card, headlined by the legendary John Brzenk, returning from a 3-2 win over Georgia’s Zurab Tavberidze at East vs West 3, and will take on Kazakhstani puller Kydirgaly Ongarbayev.

All matches followed a BEST OF 5 format. The event streamed live on Coresports PPV.

The first round saw a brutal pull from Dadikyan with the straps on. Zhokh entered round 2 with a foul, followed by the straps coming on and Dadikyan taking the pin to make it 2-0. The third round saw a good hold from Zhokh but Dadikyan took home the round as well the match with a 3-0 result.

Gabi and Egle locked arms for the second time of the night, this time, in a right hand contest. The straps were on as expected, and in both the two opening rounds, Gabi overpowered to go 2-up on Egle. The Lithunian tried her best in the third, but Gabi still proved too dominant for her as she clinched another conformtable victory on her opponent, this time, 3-0. 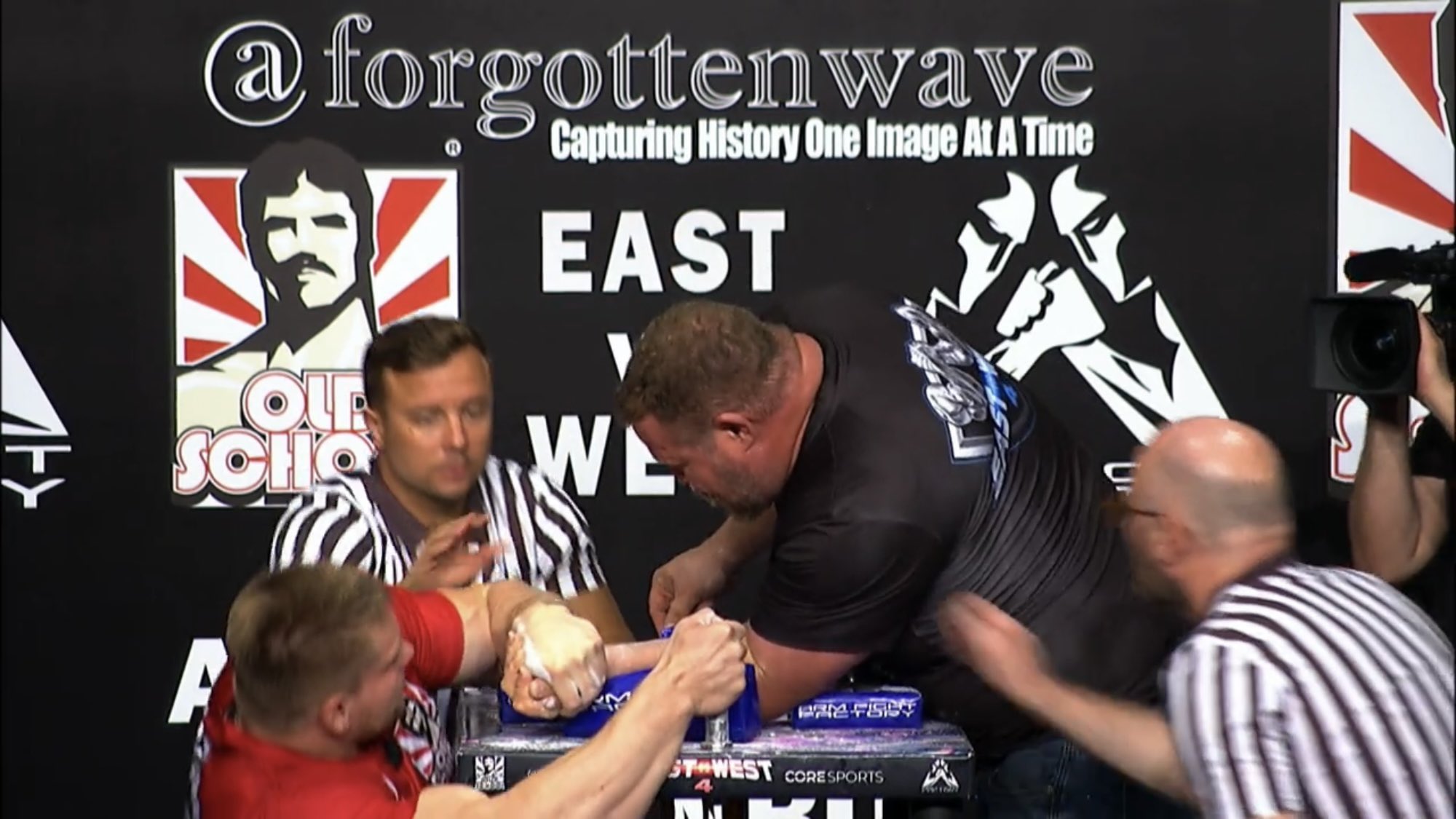 The second left hand match of EvW4 featured Kody Merritt taking on Artyom Morozov, who made his second appearance of the event following the win over Chaffee. The Kazakhstani took the lead with the straps on, followed by a foul from Merritt in round 2 and Morozov doubled his lead. The third round saw another one-sided performance from Morovoz as he took home his second win of the night with a 3-0 margin.

The “Todzilla” Todd Mutchings was next in the line, taking on Ukraine’s Evgeny Prudnyk. After committing a foul in round 1, Prudnyk made a superb pin to take the lead. The second round saw an elbow foul from Todd, before Prudnyk’s second pull. The straps came on in the third and the Ukrainian dominated Todd once again to walk away with a 3-0 win.

In the penultimate match of the night, Jerry Cadorette took on Genadi Kvikvinia. The opening round saw a foul from Cadorette, before the straps came on and Kvikvinia utilized top roll to take the lead. However, Cadorette made a superb comeback in the second to even the odds.

Round three saw a shocking and quick pull from Cadorette, as the American took a 2-1 lead over Kvikvinia. The Georgian made an even quicker pin in round 4 to even it out once again. The decider saw a huge back and forth between the two, but Cadorette earned the last laugh with a close 3-2 margin. 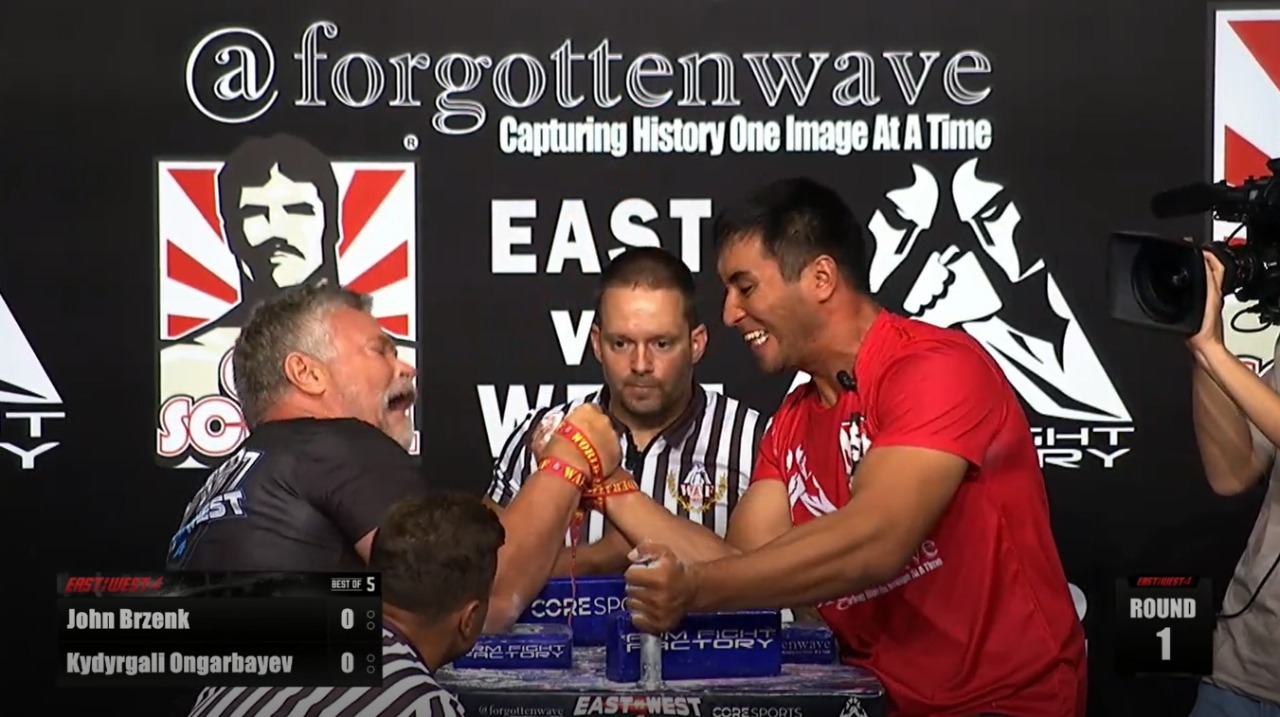 The most anticipated match of the night, the main event featured the legendary John Brzenk, taking on Kazakhstan’s Kydirgaly Ongarbayev. With the straps coming on in the opening round, Brzenk showed his dominance early on, taking a 1-0 lead. The next round, however, saw a remarkable effort from Ongarbayev, getting a hard-earned equalizer. The Kazakhstani committed an elbow foul in the third but made great efforts with side pressure to get up 2-1. 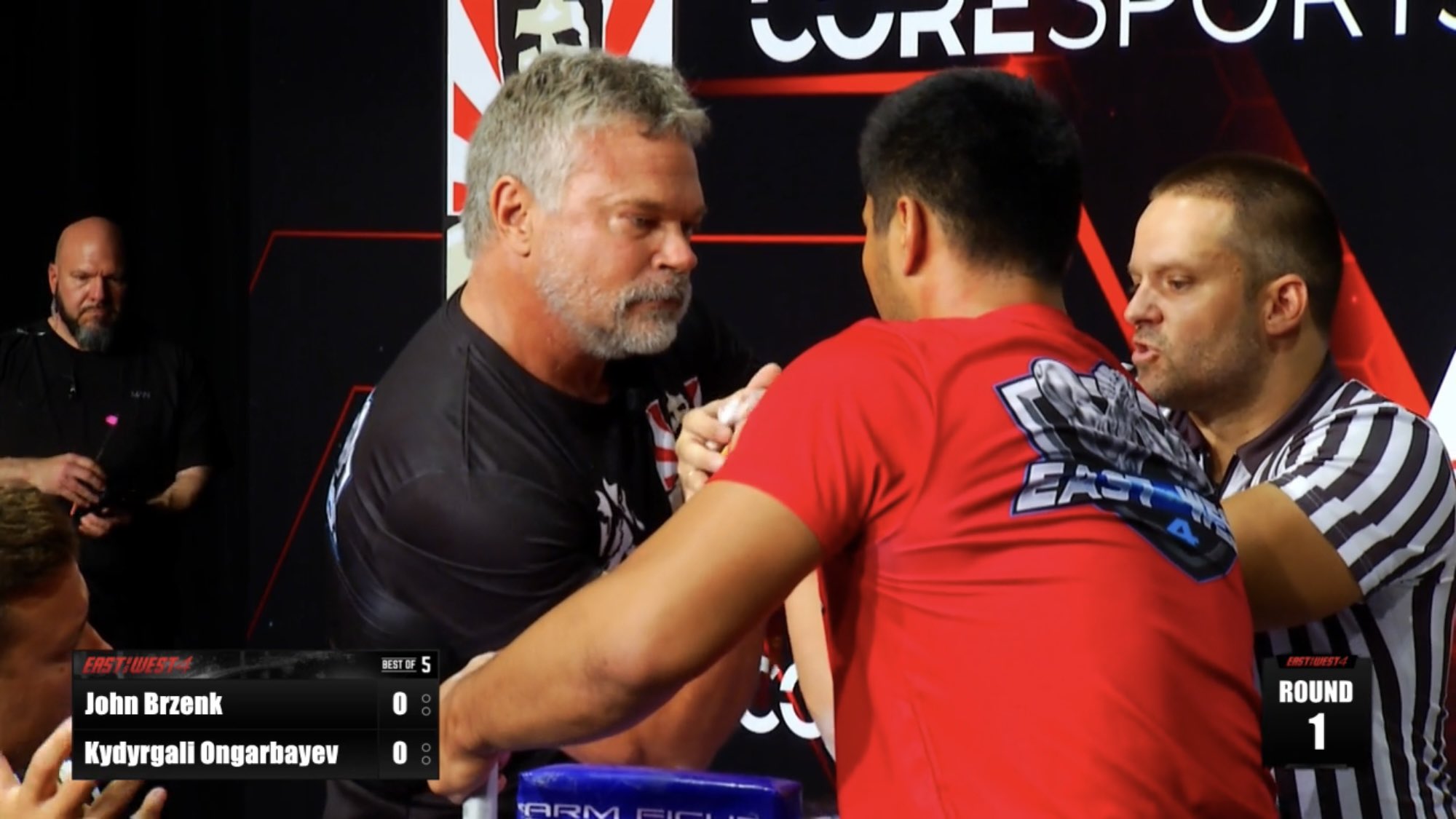 The straps were on once again in the fourth, and Ongarbayev came in with a blazing fast pin on Brzenk, winning the main event of the night with a 3-1 victory and etching his name in the history books as being the only few arm wrestlers to have beaten the G.O.A.T on the table.