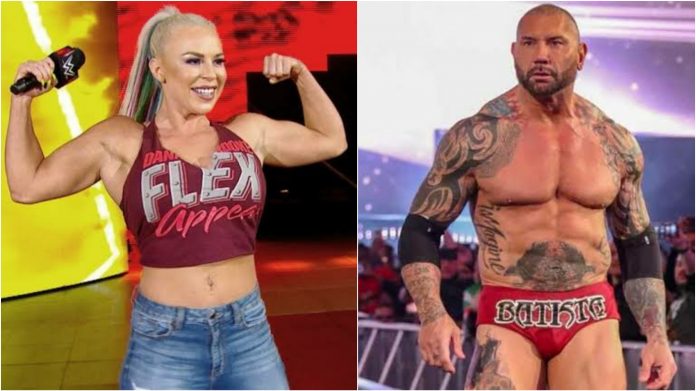 Dana Brooke, the WWE star talked about her relationship with wrestler-turned-actor, Dave Batista.She revealed the reason why their relationship did not work out and ultimately resulted in a break up.

Dana Brooke during a recent interview confirmed that she is through being with former WWE star, Batista. She explained though they had interest between them for sometime and shared a lot in common, the things did not fall into the right places for them. 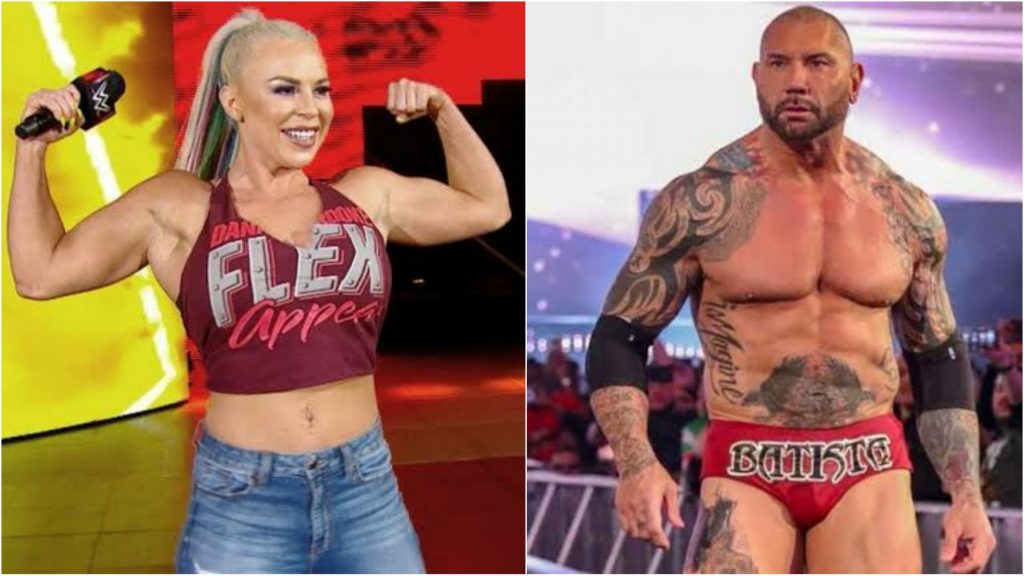 She said, “There’s always been interest between Dave and I as far as friendships and everything. We share a lot in common as far as being in the business and outside, and being very passionate about giving back and charity work as well.”

Dana Brooke also stated the reason behind her decision to break up with Batista. She said that they had very busy lives with her being in WWE and ‘The Animal’ having a busy schedule of doing movies. 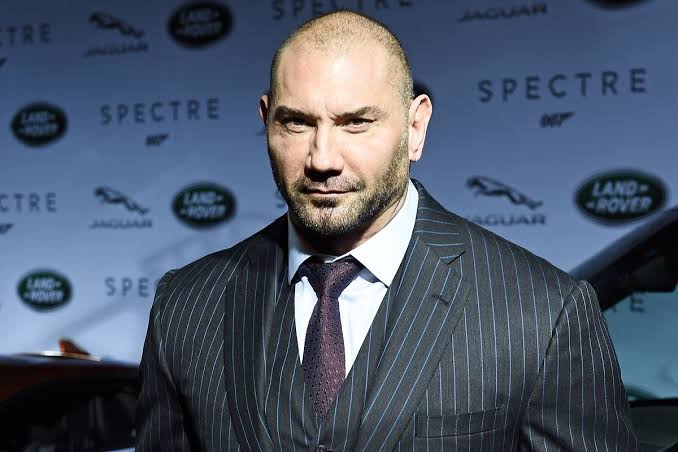 The WWE Raw star then confirmed that she is dating Ulysses Diaz. However, she communicates with Batista on a regular basis and also mentioned that she finds commonalities between his current boyfriend and Batista.

Dana Brooke said, “It’s just with my schedule being so so busy, and Dave doing a lot of movies, our times are very limited. But we still communicate, we still talk on a regular basis, my boyfriend now [Uly Diaz] and him also have a lot in common as far as the fight game goes.” 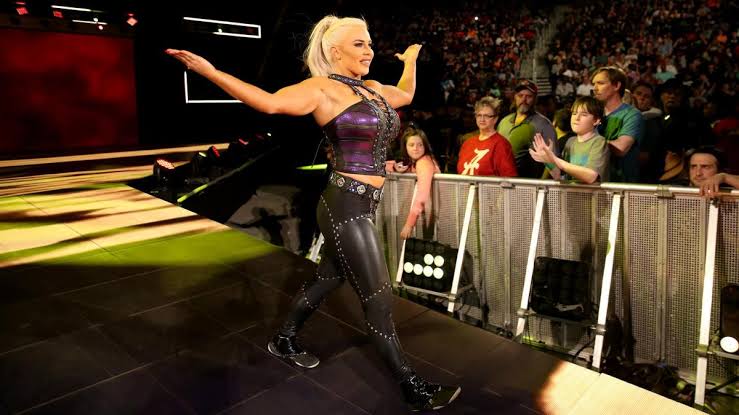 Dana Brooke and Batista had previously exchanged Tweets and ‘The Animal’ had reacted to Brooke’s version of the Batista bomb. Dana Brooke had revealed that she has known Batista for few years from their time in bodybuilding and fitness scene.

Babe… thought of ya 😉 – not as good as yours tho @DaveBautista https://t.co/AUkYNVhyQK

Woman! I’m beggin ya to shake the ropes first! Shake em! Shake the 💩out of em!! Then 💣💥… I’ll go over it with you again. 😉#whosyourdaddy https://t.co/039myLeQed