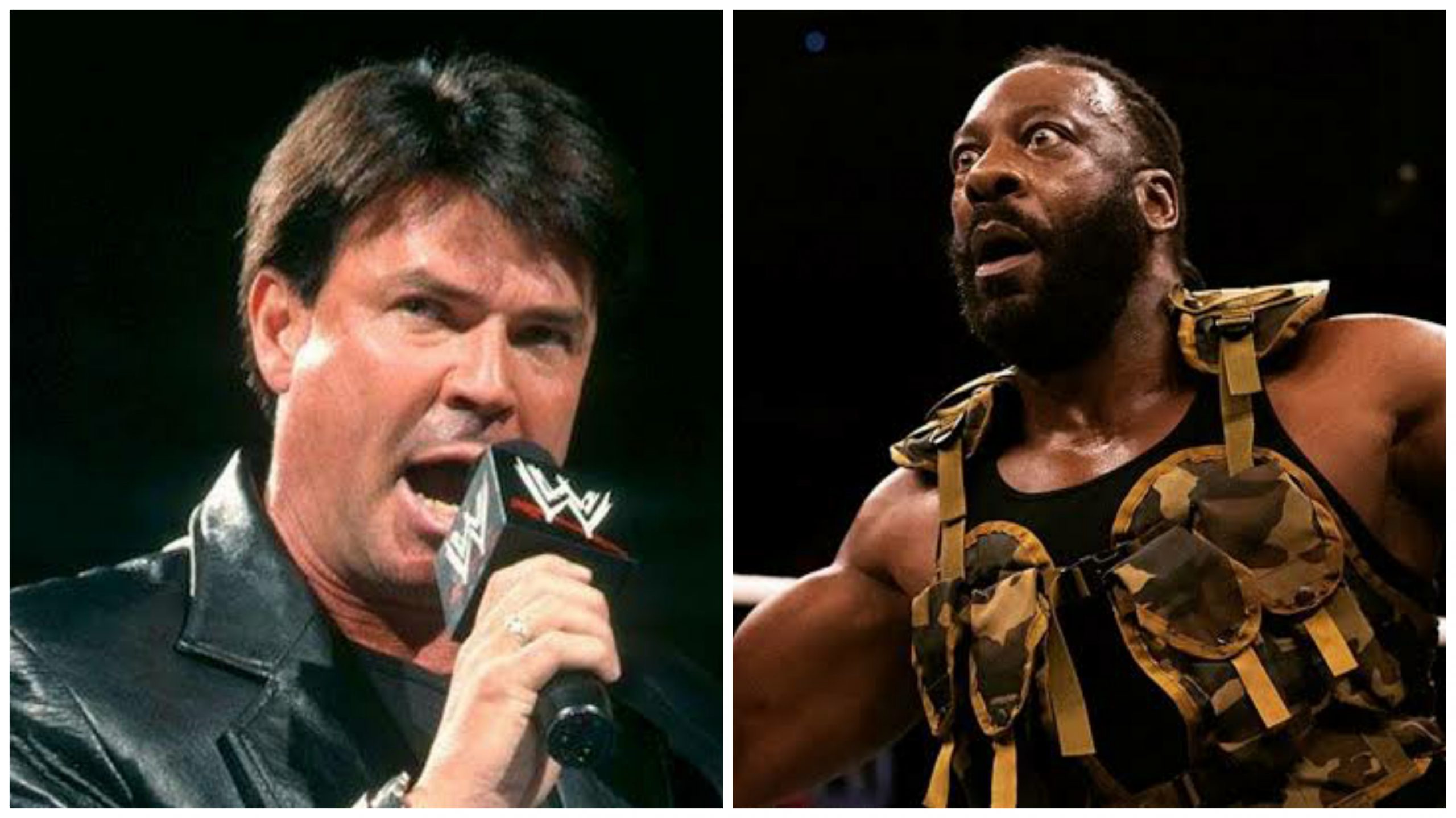 BOOKER T IS THE MOST DECORATED WRESTLER IN WCW HISTORY

He questioned Bischoff’s legibility as a member of the WWE Hall Of Fame. Getting into the Hall of Fame is to him a testament to the body of a wrestler’s work. He’s not fully sure whether to like or dislike the decision of putting his former WCW boss into the Hall Of Fame.

Booker T made it clear that he was not against WWE’s appreciation of Bischoff. He cited example of other sports like Football and Basketball, where non-players are never inducted to the Hall. His comment was, instead, a suggestion to create a set, transparent method which decided which wrestler or professional wrestling personality could get inducted into the Hall Of Fame.

If non wrestlers could get in, he also theorizes the possibility of referees to get inducted, as a few match officials, according to him, deserve the honour.

He added that Bischoff always booked him throughout his WCW career and he had nothing but love for the man.

“I put Bischoff over more than anybody, Bischoff did me right throughout my whole career. Bischoff made sure that I was protected, no matter who came in they weren’t going to bury Booker T. Eric Bischoff did that for me. I have nothing but love for Eric Bischoff, but I’m just trying to figure out what criteria is needed to be in the Hall of Fame from a working perspective,” he said.

Previous article
Yet another hiatus: Stan Wawrinka out of the tour after foot surgery
Next article
3-time Pro Bowler cornerback Marshon Lattimore arrested in Cleveland for receiving stolen property