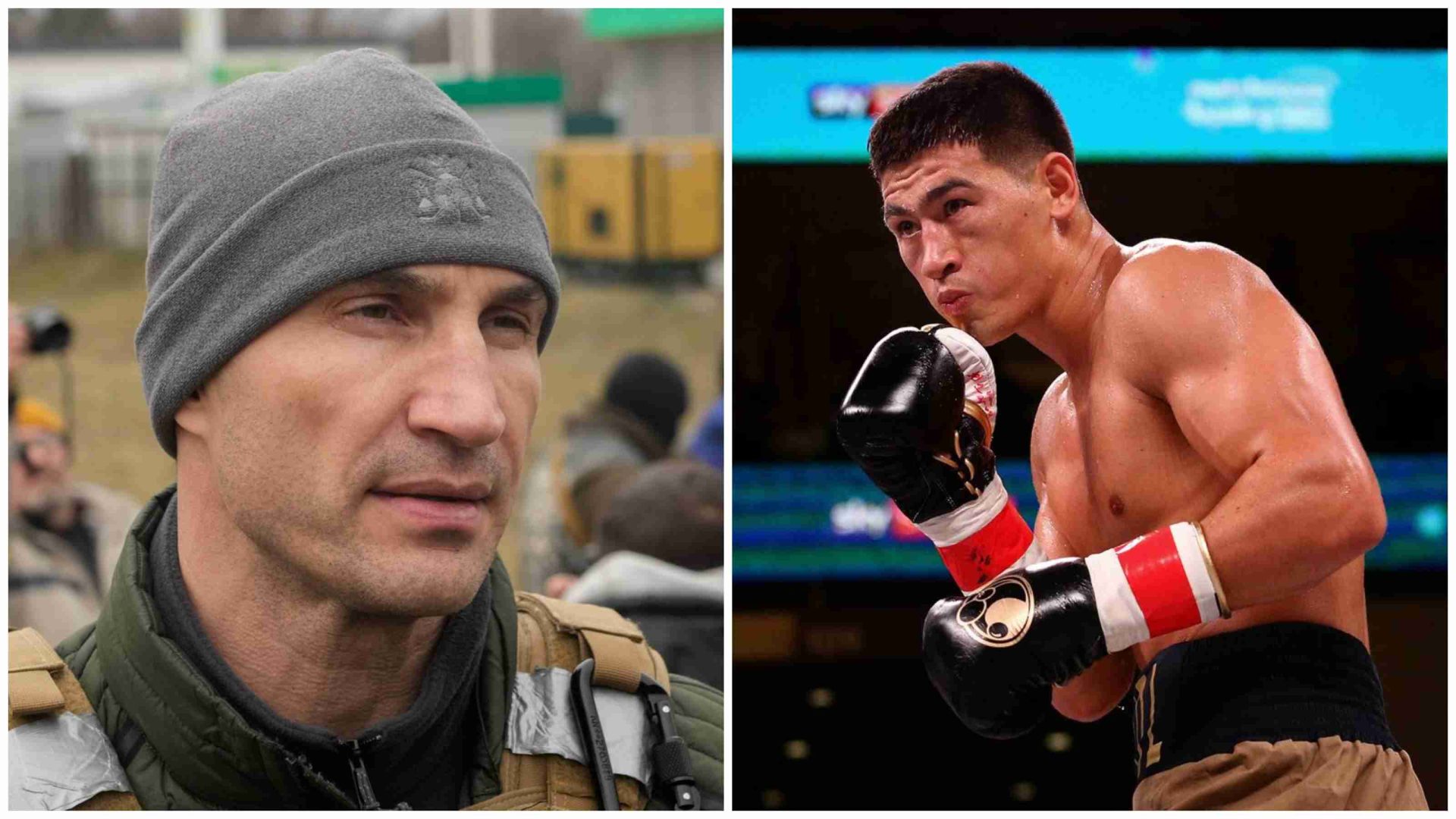 Former unified world heavyweight champion Wladimir Klitschko has opined that Russian boxer Dmitry Bivol, the reigning WBA (Super) light heavyweight champion, should not be allowed to fight unified super middleweight champion Canelo Alvarez in their upcoming 175 lb bout on 7th May. In the wake of the Russian invasion of Ukraine and the ongoing war between the two countries, Klitschko, who is Ukrainian, believes that all Russian athletes need to be sanctioned to send a message to Russia.

Every Russian representative needs to be sanctioned: Wladimir Klitschko on sanctioning Bivol ahead of Canelo fight

The Russia vs Ukraine war has made its impact on all aspects of human activity, including sports. Several sporting associations and governing bodies have been banning Russian as well as Belarusian athletes and officials from taking part in their events, along with calling off events that were supposed to take place in Russia.

Wladimir Klitschko, the former unified WBA (Super), IBF, WBO and IBO champion, along with his older brother Vitali, the former WBC heavyweight champion and the Mayor of Kiyv, decided to take up arms for the Ukrainian army in their fight against Russia, with Oleksandr Usyk and Vasiliy Lomachenko following suit.

With the Canelo Alvarez vs Dmitry Bivol fight, one of the biggest boxing events of the year, less than two months away, Klitschko believes the sanction should be put on every Russian athlete including Bivol, the Soviet Kyrgyzstan-born Russian national, admitting that its a message to Russia and not about the athletes.

“Absolutely not,” Klitschko told BBC Boxing whether Bivol should be granted permission to fight Canelo, “Every sanction, and it’s nothing about the athletes, it’s about the politics of Russia.”

“Every Russian representative, in this case, needs to be sanctioned because this way we show Russia that the world is against this senseless war. There’s no good in this war,” the 45-year-old added. [H/T BoxingNews24.com]

Do you agree with Wladimir Klitschko? Let us know in the comments.

Previous articleEddie Hearn believes Dillian Whyte will knockout Tyson Fury in the 11th round
Next articleJermell Charlo challenges Canelo Alvarez to a brawl: Do you retire or take one of the toughest fights of your career?