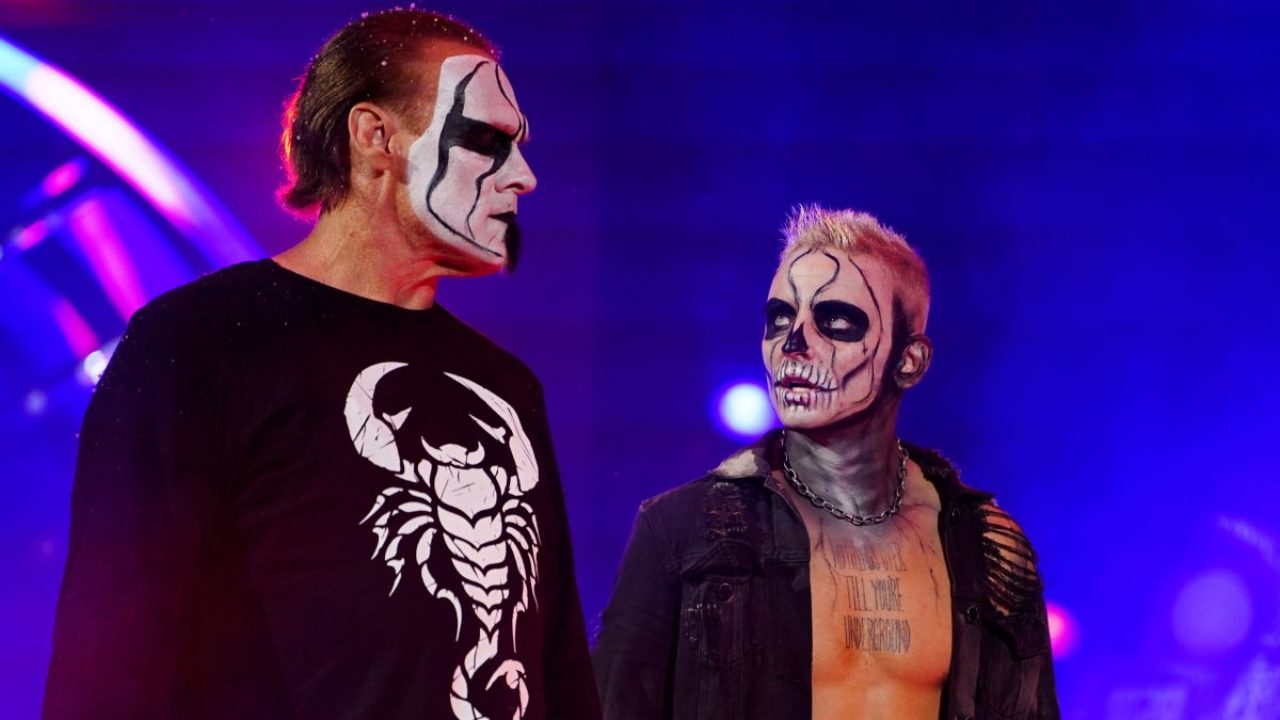 The pairing of Sting and Darby Allin in AEW have certainly delighted the fans. The combination of two stars have been exciting to watch inside the squared circle and they never fail to entertain the fans. Sting and Darby Allin following this week’s episode of AEW Dynamite, decided to surprise a few AEW fans but that was outside the arena. Taking to Twitter, Allin shared a clip of him and The Icon stuck in traffic in Washington, DC. The AEW stars took the opportunity to surprise a few fans who were also traveling from the same show.

In the video clip shared by the former TNT Champion, both he and Sting were seen getting out of their car, as they pulled up to the car ahead of them. The duo took the fans by surprise by starting an “AEW” chant.

You check out the video of Darby Allin and Sting surprising fans in traffic:

Stuck in traffic with stinger. pic.twitter.com/mmd2YRIgav

On this week’s edition of AEW Dynamite, Sting and Allin once again geared up for tag-team action. They competed in huge, highly-intense match against The Acclaimed. The two teams featured in the main event of the evening as Allin and ‘The Icon’ got the better of Max Caster and Anthony Bowens.

Prior to the start of the bout, The Acclaimed took out Allin in a brutal fashion and Sting was left in a 2-on-1 handicap situation. However, The Icon took the fight to the tag team but eventually looked fell prey after being outnumbered. It was Allin who rushed his way in and saved the veteran star from the grasp of their opponents.

It was also during the match when Sting pulled off an incredible stage dive, which he has been executing brilliantly and it has been showered with praise from the fans. At the end, it was the former TNT Champion who picked up the win for his team on the night after hitting the ‘Coffin Drop’ to conclude the match.