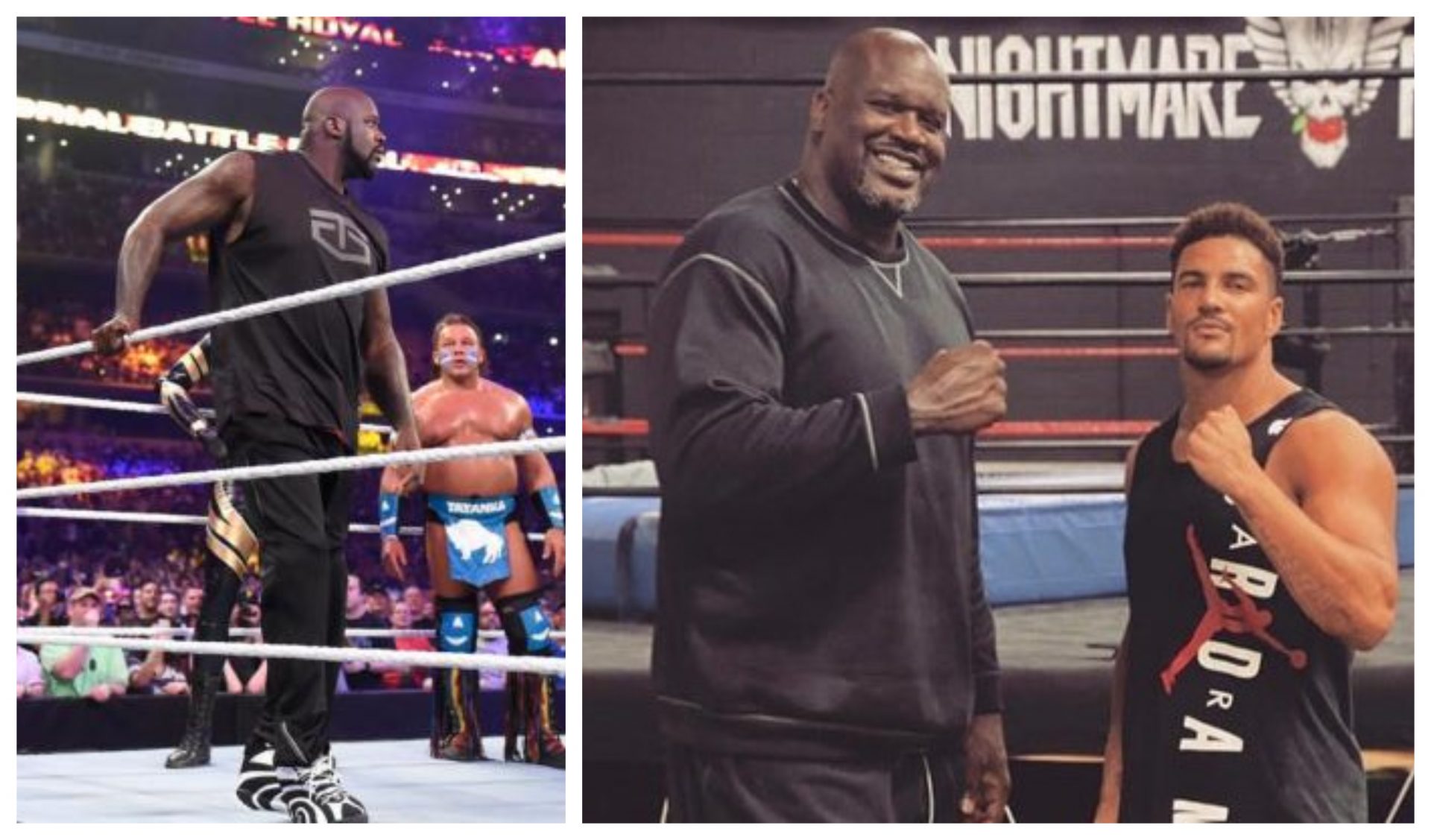 Legendary Los Angeles Lakers icon Shaquille O’Neal marked his presence backstage during a recent AEW event. The basketball star’s name was dropped by Jade Cargill, who made her debut on the show by confronting Cody. 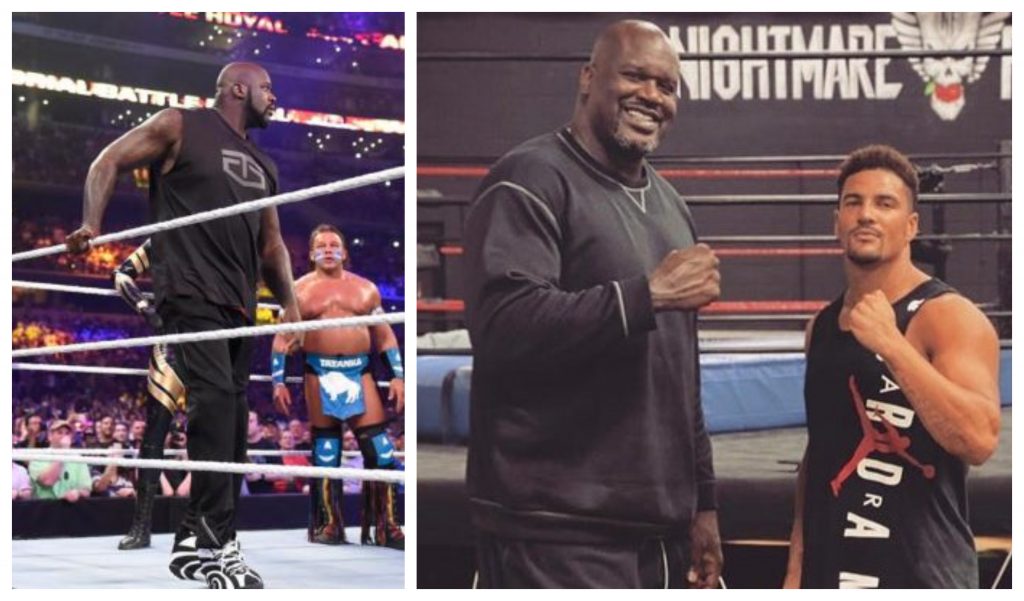 During the segment, Cargill dropped the name of O’Neal by claiming that her man has the audacity to go by one name, unlike Cody. Reports also suggest that O’Neal was backstage for AEW’s Full Gear pay-per-view as well.

Thunder Rose shared a snap of them backstage confirming the presence of the former Lakers man. Rose could only manage to get half of O’Neal’s face in the frame due to his 7’1 frame.

Rose also took a dig at O’Neal’s free-throw percentage by asking the Twitterati who would win a free throw contest between her and the legend.

“Who would win in a Free Throw Shooting contest, me or Shaq.”

Who would win in a Free Throw Shooting Contest me or @SHAQ ? #AEW #AEWDynamite #AEWDark pic.twitter.com/WLdhUXLWn3

The exact time behind the snap is unknown since both of them were part of the AEW Dynamite and the Full Gear pay-per-view as well. 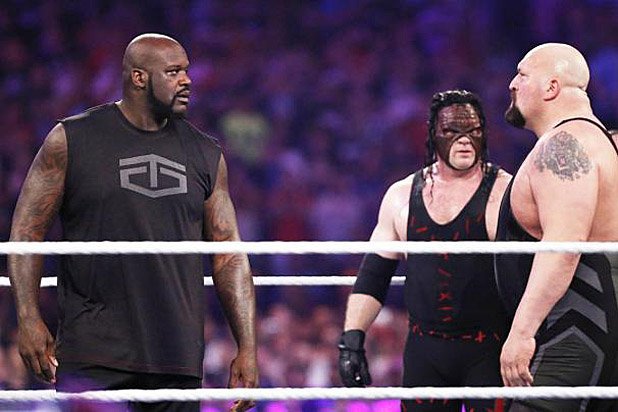 O’Neal recently signed a deal with TNT and has teased about appearing on All Elite Wrestling. The starting center has also revealed his desire to face AEW’s mega pin, Cody down the line.

“I’d love to fight Cody. Write it. Print it. Text it to him. Call AEW up and tell them.” he had said a couple of months ago

The 48-year-old’s alliance with wrestling goes way back with him making a handful of WCW appearances in 1994. One of his most decorated appearances includes the Bash at the Beach pay-per-view, where he presented the title to Hulk Hogan following his win over Ric Flair.

After the demise of WCW, O’Neal was the focus of the WWE, who roped him for several appearances. He made his maiden in-ring appearance during WrestleMania 32 in the inaugural Andre the Giant memorial battle royale. The record crowd latched upon the tense altercation between O’Neal and Big Show during the bout.

While a match between the two giants was set in place for WrestleMania 33, the two parties could never agree to a potential deal with monetary and scheduling conflicts being cited as the issues.

Blissful moment: Alexa Bliss gets engaged to Ryan Carbrera a year after meeting each other