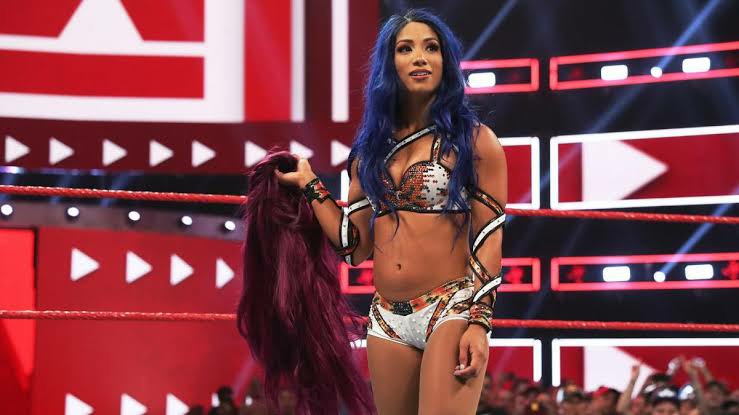 Sasha Banks, the WWE star recently had an interview on Normal Not Normal.She discussed how not travelling has affected her health and career.

Sasha Banks reveals it has changed her career and health

The COVID-19 pandemic had changed the world of WWE drastically as the company decided to restrict the fans from attending and event and even cancelled all the live shows and disrupted the travel schedule.

They came up with the brilliant idea of the WWE ThunderDome that allows fans to get the feel of WWE shows virtually while the talents don’t have to travel from place to place.

WWE SmackDown Women’s Champion Sasha Banks has revealed that she has made a lot of improvement in the ring as well as it has helped his life outside the squared circle.

WWE Superstars currently compete once a week on TV, which allows them to spend more time away from the ring or else they have to travel all round the year.

She said that it has changed her career in a good way and it has improved her health as the travelling can be avoided.

Sasha Banks also added that she’s thankful that she only gets to work once a week. She mentioned how she feels like a part-timer having to work less what it used to be pre-COVID times. She also claimed that her match quality has upscaled and she is in the best shape of her career.

She said: “Now, thankfully that I live in Florida, I’m so thankful that it’s once a week. I feel like a part-timer. My body is in the best shape it’s ever been in. I’m sleeping so good. My match quality has raised the roof up, and my body just feels awesome.”

Sasha Banks is one of the best stars in the women’s division and The Boss being in the best shape could mean that WWE Universe would witness the best in-ring performance from the star.