Donthicc? : Luka Doncic admits not being in the best shape ahead of season start 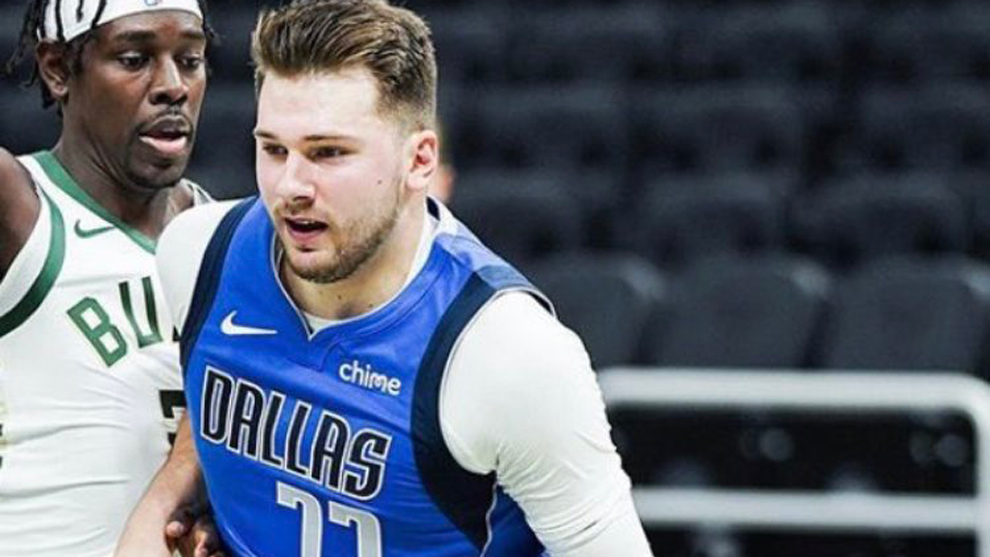 Luka Doncic has not entered the 2020-21 season in the best of shape having gained a considerable amount of weight during the break. The 21-year-old who has been labelled as the favourite to win the NBA MVP award will have to work on his fitness to justify that tag.

The Dallas Mavericks ace seemed to be in optimal shape during the NBA Playoffs window where they succumbed to a 4-2 loss to Los Angeles Clippers. Doncic shone entirely with some notable performances which have helped his cause to be labelled as the favourite to win the MVP award.

Doncic was seen recently playing against the Milwaukee Bucks and the viewers couldn’t help but notice the sub-optimal shape the player was in.

Following the game, which ended in the favour of the Mavs, Doncic addressed the talsk surrounding his shape. The Internet has taken the matter into its own hands with a series of “Donthicc” memes.

“I mean, people on Twitter say every stuff,” Doncic told the Dallas Morning News’ Brad Townsend. “But it’s true I’m not in my best shape. I will get there for sure. But, you know, I’ve never been a muscular guy, so what can I say?”

Doncic not a stranger to weight issues

This is not the first time that the rookie sensation’s physical condition has been in the spotlight. Back in June, Doncic’s trainer, Jure Drakslar, had noted that the player was not at his optimal shape.

“Most players struggled to stay in shape,” he said, per Eurohoops. “He is no exception. We understand his role in Dallas. Luka is improving every day. He puts in a lot of effort. He has completely dedicated himself to be ready.

“He is not in the best shape, which is normal,” Drakslar added. “NBA games will not be played before the end of July, so there is enough time to recover and get ready. However, he undoubtedly would be ready to play right now.”