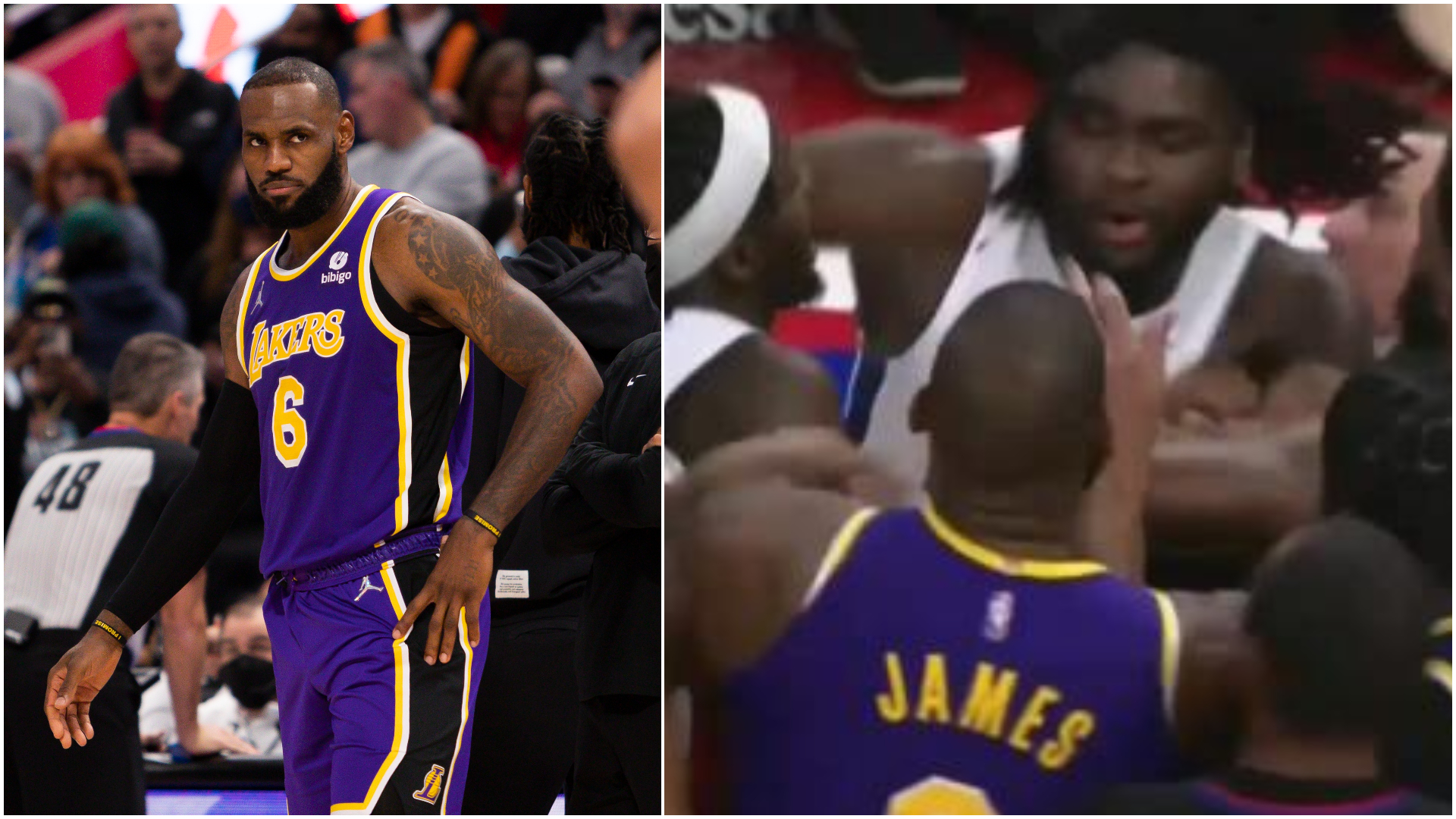 Los Angeles Lakers superstar LeBron James was ejected from the NBA match against Detroit Pistons. Lakers picked up the 121-116 win over the Pistons on Sunday but LeBron James was ejected for striking Detroit big man Isaiah Stewart in the face while jostling for rebounding position. The hit caused a stoppage in action while Stewart had blood streaming down from his right side of the face. The brawl sparked between the two and they had to be held back multiple times by Detroit personnel as he tried to confront James. The incident occurred with 9:18 remaining in the third quarter and the Lakers trailing 79-67.

LeBron James was sent off after the brawl with Isaiah Stewart

Following the conclusion of the game, crew chief Scott Foster said Westbrook was deemed to be “an escalator and not a peacemaker” as the reason for the technical foul. Foster also said Stewart was assessed two technical fouls for “multiple unsportsmanlike acts during the altercation.” Foster explained that James’ penalty arose from “unnecessary and excessive contact above the shoulder.”

The Lakers and Pistons had to be separated multiple times after this play between LeBron and Isaiah Stewart. pic.twitter.com/im0o7fXeoI

This is the second time LeBron James was ejected in his 19-year career. The first came on Nov. 28, 2017, when James’ Cleveland Cavaliers hosted the Miami Heat.

If James faces disciplinary action from the ejection, he could miss the Lakers’ lone trip to Madison Square Garden this season.

“Everyone in the league knows LeBron’s not a dirty guy,” Lakers big man Anthony Davis said. “In fact, when he knew he hit him, as soon as he did it, he looked back at him like, ‘Oh, my bad. I didn’t try to do it.'”

Lakers coach Frank Vogel said Stewart initiated the contact but did not object to James’ ejection.

“[James] had an elbow [from Stewart] to the rib cage, which was a foul and he was trying to shed the contact,” Vogel said. “And had incidental contact that was obviously enough for a flagrant 2.”

Stewart and James did not speak to reporters after the game. LeBron James finished with 10 points in 21 minutes, extending his double-digit scoring streak to 1,048 games — the best in league history.