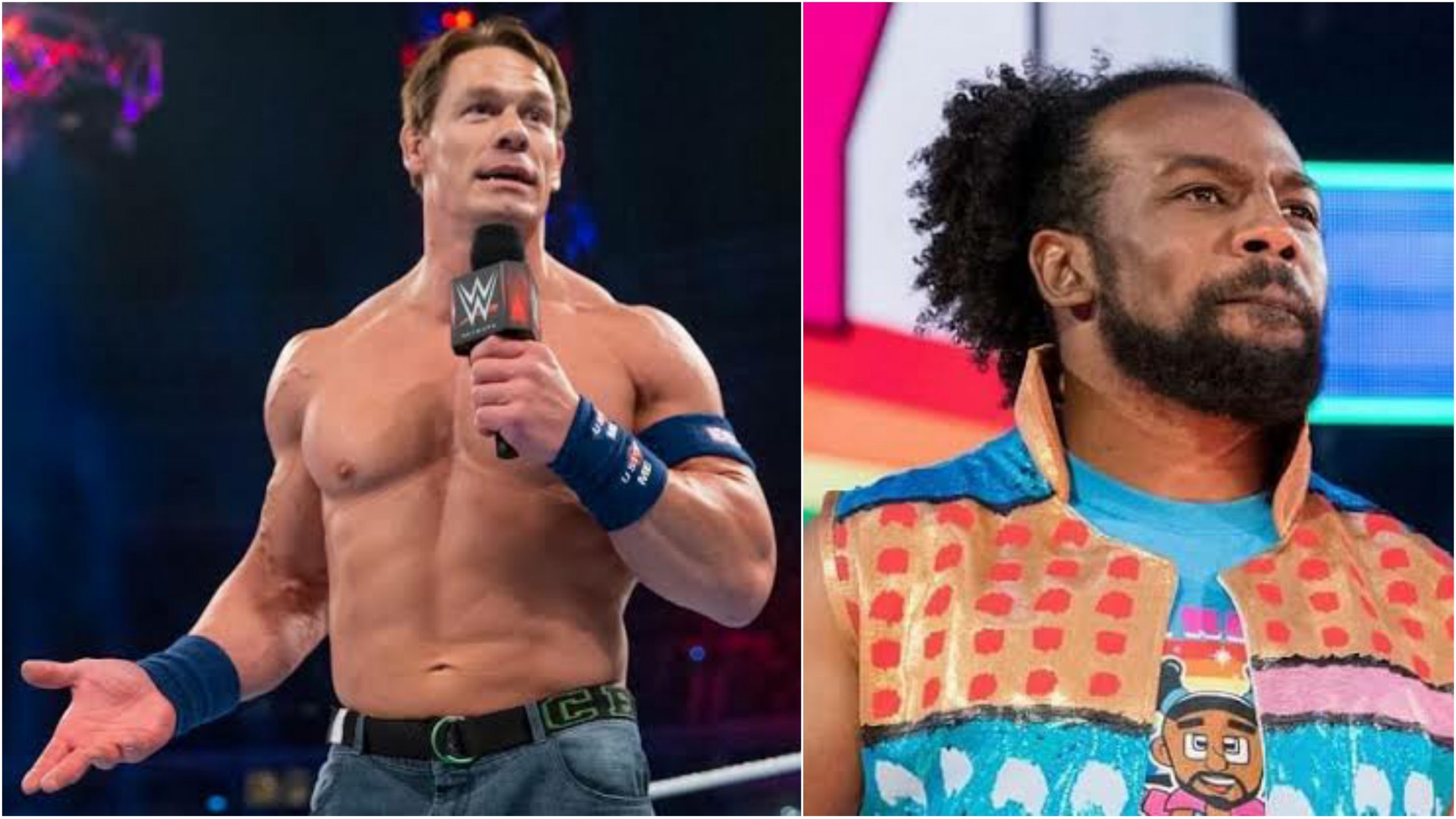 The wrestler-turned actor John Cena is very active on social media platforms and keeps a tab of the activites of the WWE stars on social media. He recently responded to WWE Raw star Xavier Woods and asked him a question.

John Cena asked Xavier Woods about getting the band together

On Thursday, The New Day member Xavier Woods took to his Twitter account and shared a video clip. It featured him playing the bass guitar with John Cena’s 2005 track “Right Now” playing in the background.

The 16-time World Champion, Cena took note of the video clip and asked Woods if they were getting the band back together. Cena had also tagged his cousin Tha Trademarc [Marc Predka], his trainer Rob MacIntyre, and SmackDown star Big E.

Predka had collaborated with Cena on the 2005 album You Can’t See Me and his current theme song, My Time is Now is also the part of the album.

Here is what Cena wrote in the Tweet: “Are we…… getting the band back together ?? @HardNocksSouth on drums ?? I’ll pry @mctrademarc away from some limited art prints he’s working on… I know @WWEBigE got bars stashed away!!”

Both Big E and Woods responded to Cena’s Tweet. You can check out the responses below:

John Cena could make his comeback at SummerSlam

There have been a lot of speculations over the return of Leader of Cenation for SummerSlam pay-per-view. As per the reports, he is slated to go up against the WWE Universal Champion Roman Reigns in the main event of second biggest pay-per-view of WWE.

WWE has been planning to bring back John Cena and reports suggest that he would put over The Tribal Chief, who will cement his top spot and become the biggest star on the current roster.

WWE shows will be held in the front of the live crowd starting from the next month as announced and SummerSlam is one of the shows to have the live fans in attendance.

There is no confirmation as of yet about Cena making a comeback to the company but there is a huge possibility.

The former WWE Champion was last seen in the WWE ring was at WrestleMania 36 when he lost the cinematic Firefly Funhouse Match against Bray Wyatt/The Fiend.

Meanwhile, it has been confirmed that Roman Reigns is set to defend the WWE Universal Championship against Rey Mysterio inside the Hell in a Cell on this week’s edition of Friday Night SmackDown.