Jazz’s Jordan Clarkson slapped with a $25,000 fine for pushing an official 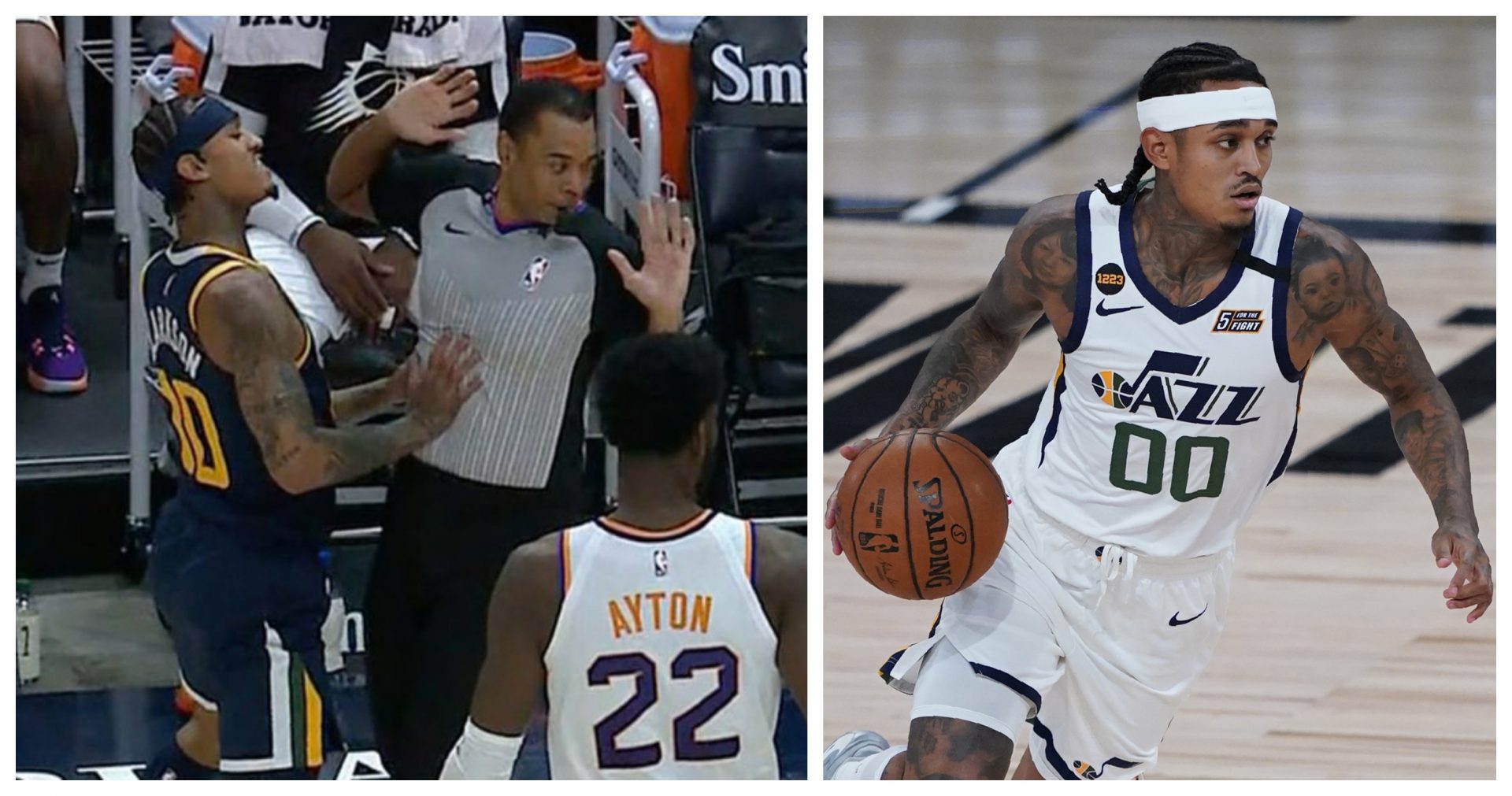 Utah Jazz guard Jordan Clarkson has been fined $25,000 for coming in contact with an official during their 106-95 loss to the Phoenix Suns.

The incident, which occurred during the second quarter in the Vivint Smart Home Arena, saw Clarkson produce a light two-hand shove after colliding with the referee while making a play.

Clarkson was imposed with a technical foul right away by the official. The guard had initially won back the ball from the Suns and was in the midst of making the way before the collision happened which made the ball go out of bounds.

The incident arguably changed the course of the match since it gave a slight advantage to the Suns, who managed to score 32 in the second quarter. Moreover, Clarkson was far from his best for the rest of the game.

Utah would be far from pleased with this assessment as this marks the second time that the official has been in their way while running a play.

Joe Inges had lost the ball due to the involvement of the referee on the court as well. While he expressed his frustration, he escaped a technical foul.

Jazz, however, bounced back from the defeat against the Suns with a 106-100 home win over the Los Angeles Clippers. The franchise will next face San Antonio Spurs away from home.

The Filipino-American star had a four-year stint with the Los Angeles Lakers, to begin with after initially being picked by the Washington Wizards as the 46th overall pick in the 2014 NBA Draft. He had an eventful rookie season as he was named in the All-Rookie First Team that year.

The 2020-21 season is his first season with the Jazz after spending the previous campaign with the Cleveland Cavaliers. He is currently averaging 16.5 points and 22.6 minutes this season. He also recently signed a 4-year contract worth $52 million with the Jazz