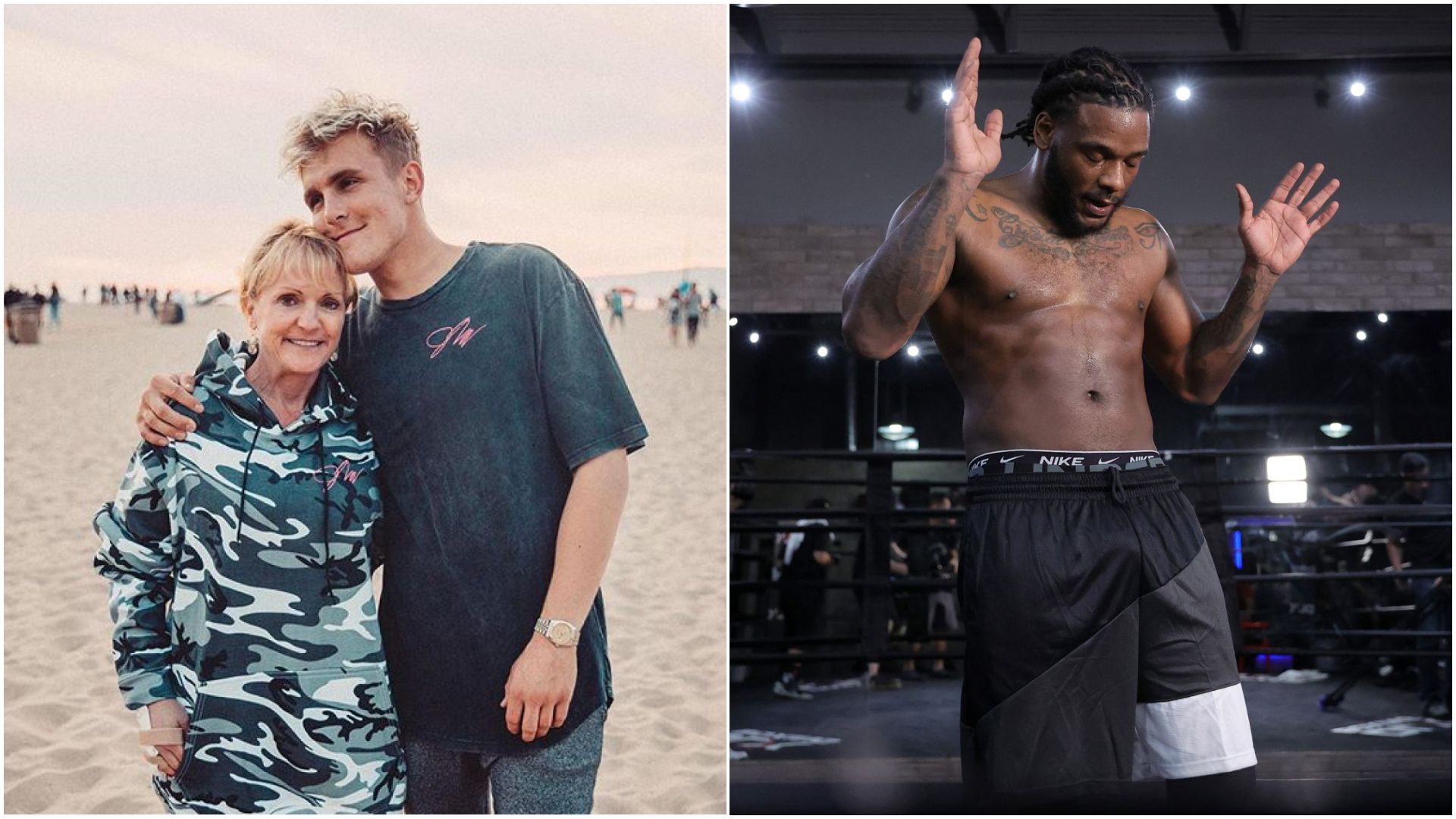 The YouTuber-turned-pro boxer Jake Paul recently called off the entire Madison Square Garden card which was scheduled to take place next weekend. ‘The Problem Child’ went on to claim that his planned opponent Hasim Rahman Jr. was refusing to cut any weight from his 215lb frame. The fight was initially set at the cruiserweight limit of 200lb before Jake Paul agreed to move it to 205lb. However, he claims he bulked at the suggestion of fighting at 215lb given he normally weighs in at 190lb. Rahman Jr, on the other hand, questioned why he was not allowed a final week to lose as much weight as possible.

Now, Jake Paul’s mother has come to the aid of her son and sent out an explicit response of Rahman Jr. And after Paul and Rahman Jr had their say, the former’s mum Pamela Ann Stepnick tweeted: “You’re a p****, Hasim Rahman Jr”. Rahman Jr issued an explicit reply, tweeting: “Somebody put something in this wrinkled bish mouth my zipper stuck, and we’re going to see who da p**** when you run into my mam.”

Earlier Paul had posted a lengthy video detailing his side of the story following the cancelation announcement. The 25-year-old said: “[This was] the biggest pay day of his life times 10 and he’s fumbling it. For what? Because he knows he’s going to get knocked out by me. The pressure starts to set in and it’s exactly what happens with all these guys. I’m sick of it, I’m devastated and I apologise to everyone on the undercard. This is absurd but there’s nothing I can do about it; I apologise to the fans and I’ll be back at some point.”

Rahman Jr, a heavyweight with a record of 12-1, responded by tweeting: “Jake and his ‘team’ cancelled this fight, not me! The fight isn’t happening on their accord not MINE!” He also retweeted several users who claimed it was Paul who had backed out of the bout.

Jake Paul was due to fight Tommy Fury last December before the Brit pulled out with a fractured rib and was replaced by Woodley. Paul ended the rematch early with a sixth-round knockout. He then agreed to fight Fury again next weekend but the brother of heavyweight world champion Tyson was banned from flying to New York for a pre-fight press conference. Paul had then announced Rahman Jr. as his opponent at short notice.