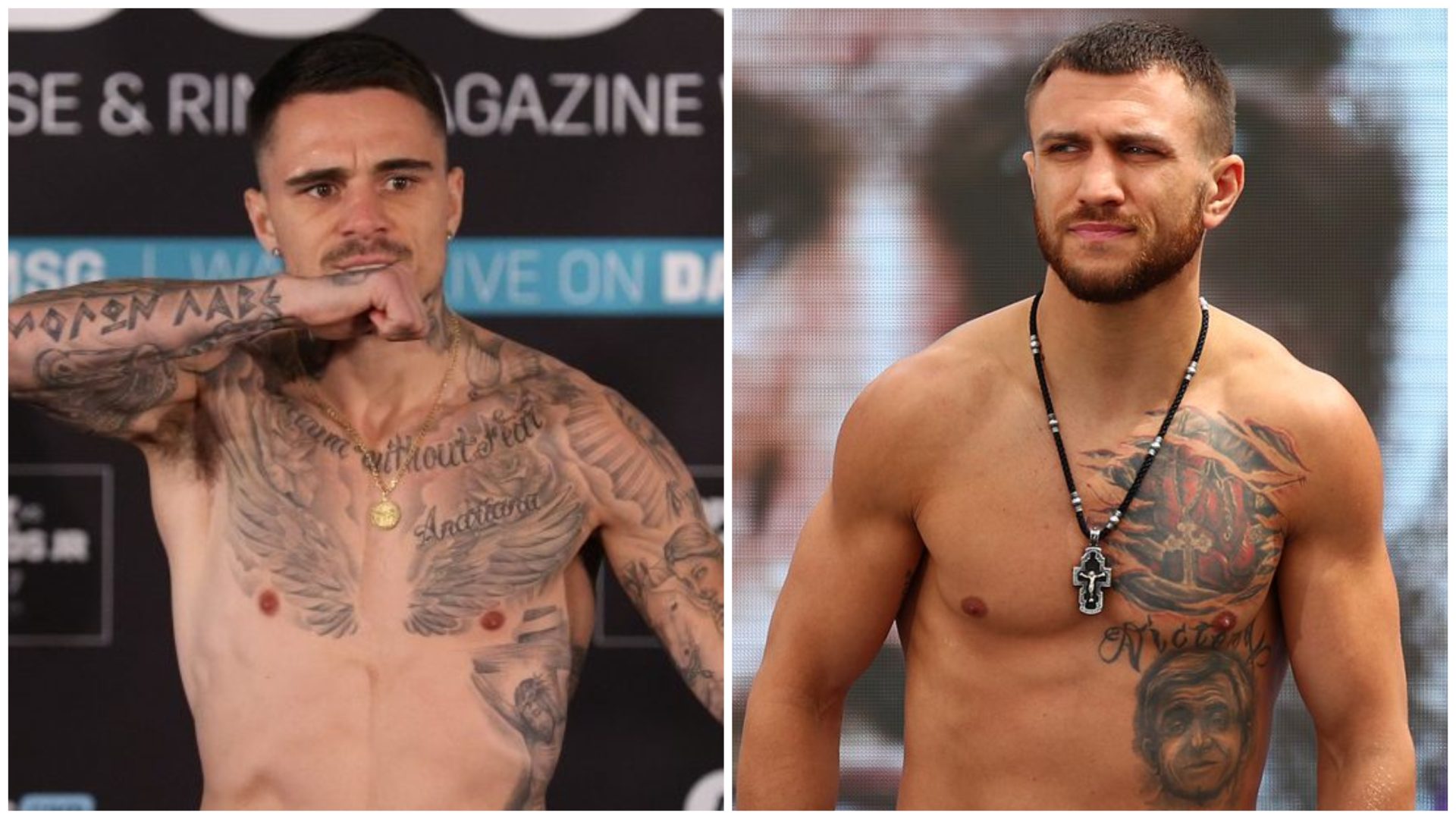 After months and months of rumours and speculations, there are reports incoming about the first title defense of the reigning unified lightweight champion of the world George Kambosos Jr, and the Aussie is likely to be featured in a boxing event on 5th June in Melbourne, with the former unified champion Vasiliy Lomachenko tipped as the frontrunner to be the opponent.

As claimed by ESPN on Tuesday, Kambosos Jr is in the works to defend his IBF, WBA, WBC “franchise” and WBO titles that he won against Teofimo Lopez last year on 5th June (4th June in the United States) at the Marvel Stadium in Melbourne having a capacity of 55k to see their local superstar.

ESPN’s Mike Coppinger added that Vasiliy Lomachenko has already agreed to his part of the fight deal which includes a rematch clause for Kambosos if the Aussie loses the fight. However, the Australian has not nodded to the deal yet and is said to have been exercising the available options for his next fight, which include WBC titleholder Devin Haney.

Sources: Vasily Lomachenko has agreed to his side of a deal for a fight with George Kambosos that would be televised on ESPN on June 4. Kambosos hasn’t agreed as he weighs options. Deal includes rematch clause for second fight in Australia if Loma winshttps://t.co/sSeqWcBqa5

The talks regarding Kambosos vs Lomachenko has progressed better than Kambosos vs Haney, as the unified champion’s promoter Lou DiBella’s conversations with Bob Arum’s Top Rank promotions have undergone. Even though there were no response from DiBella regarding the date and venue about Kambosos’ next fight, he did inform Boxingscene.com on Tuesday that negotiations with Haney fell apart after a “preposterous” proposal from the WBC champion’s side. which makes Lomachenko more likely to be the contender.

Since losing to Lopez in October 2020, Lomachenko has picked up two back to back wins against Masayoshi Nakatani and Richard Commey in June and December last year, with the latter bout earning him the vacant WBO Inter-Continental lightweight title. The Ukrainian had already expressed his willingness to earn a shot at Kambosos’ unified championship in December.