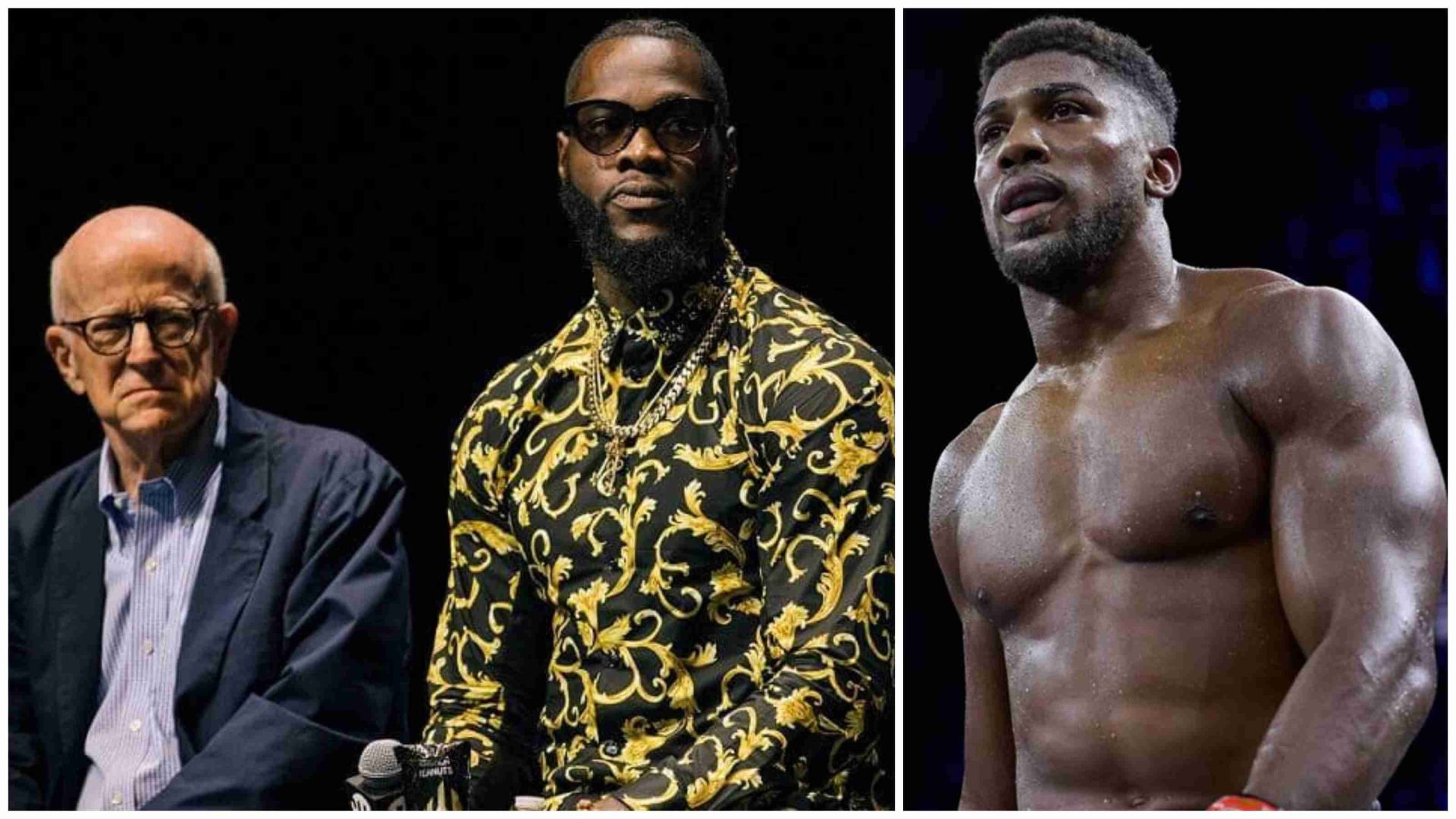 Deontay Wilder has a final elimination fight against Andy Ruiz Jr to define the challenger for Tyson Fury. However, ‘The Bronze Bomber’ is supposedly looking for another path as his manager Shelly Finkel claimed that Wilder is ready to postpone his fight with Ruiz as he seeks a deal to face Anthony Joshua next year.

Even just a couple of years back, when both Wilder and Joshua held their respective heavyweight titles, an attempt was made to unify, but the deal never came before both of them subsequently lost their belts.

Wilder lost the WBC championship to Tyson Fury in their February 2020 rematch, after 10 successful title defenses. In the trilogy fight against the British in October last year, he lost again by knockout.

On the other hand, former unified champion Joshua was defeated by Andy Ruiz in June 2019. After this, Joshua regained his WBA (Super), IBF, WBO, and IBO belts against the Mexican but later lost them again to the Ukrainian Oleksandr Usyk, the current unified champion.

Deontay Wilder Looks For AJ Next, But The Final Decision Is On Eddie Harn

Speaking to World Boxing News in an exclusive interview, Wilder’s manager Shelly Finkel revealed that the American is looking to lock horns against AJ, although he’s supposed to face Ruiz up next for the eliminator.

“Deontay is willing to fight Anthony Joshua next,” said Finkel in the interview, “We would take that fight in the UK or the Middle East, and we will do it next. We have the WBC eliminator with Ruiz, and we will do that, but we want the Joshua fight. Eddie Hearn said he contacted me in August, but we had the [Robert] Helenius fight.”

“We announced it that month and said we won’t talk to anyone until after the Helenius fight. Eddie knew this but still said he had contacted us. Now we are willing to talk to make a deal for Joshua next.”

Although they intend to close the fight with Joshua, another possibility is that AJ faces Dillian Whyte next, so Wilder’s corner will go for the Mexican if that is the final decision from Hearn.

“The Ruiz fight is there, and we will do it if we can’t get Joshua. But even if Deontay beats Ruiz, we are still willing to fight Joshua. We are worried that he might want another tune-up if he fights Whyte and doesn’t look good. So we should go straight into that fight next. We understand Eddie could want the Whyte fight [as Joshua has lost twice to Usyk], but the fans would like to see Deontay Wilder vs Anthony Joshua, and we are willing to do it,” Finkel added.