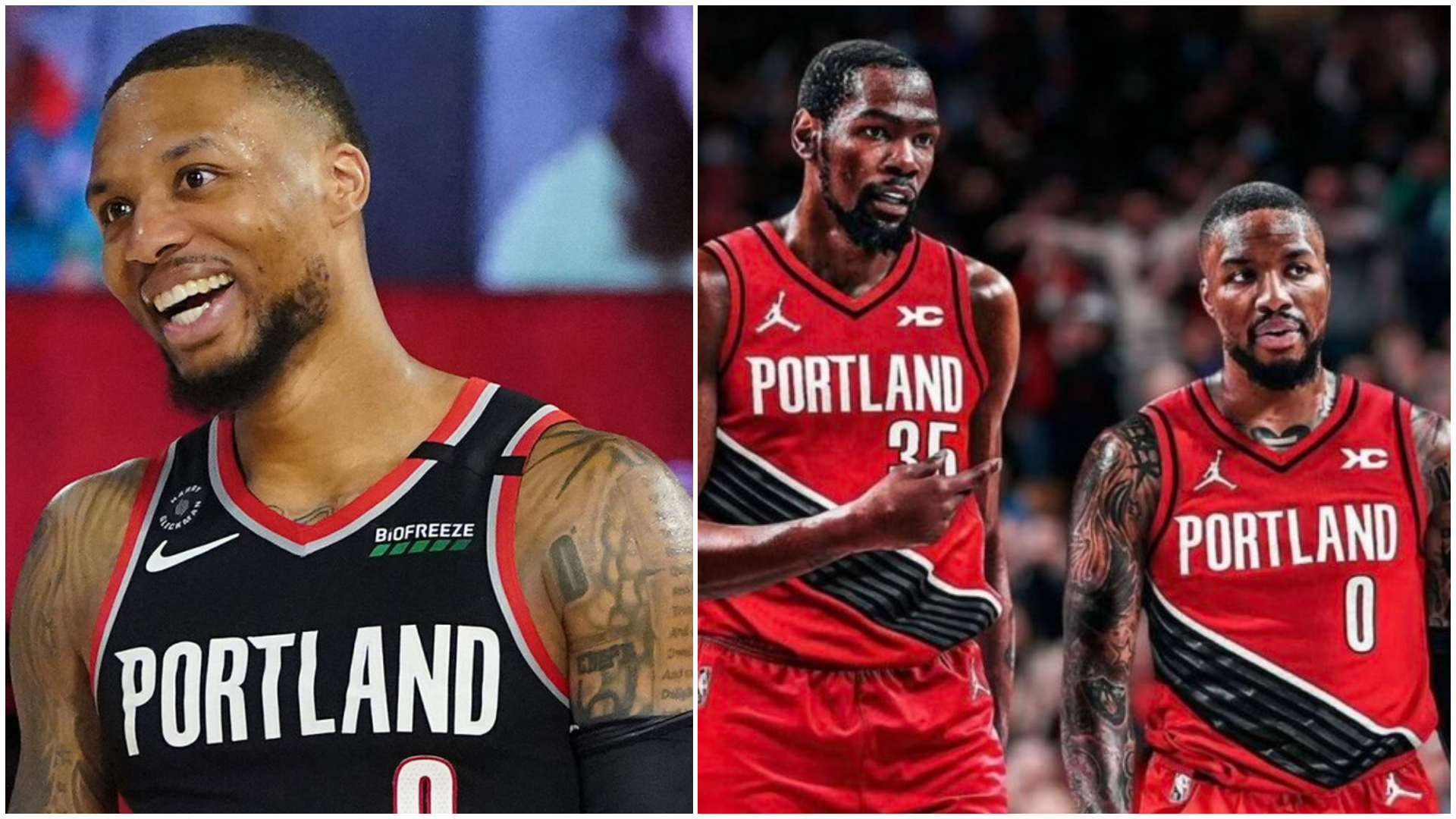 Fans are scratching their heads after Portland Trailblazers’ PG Damian Lillard made an interesting post involving Brooklyn Nets’ SF Kevin Durant. While the NBA off-season are quite exciting, fans are already speculating the Lillard might have dropped some hints about a possible trade. NBA has seen some major trades over the years and fans might witness Kevin Durant in the Trailblazers jersey as well.

Damian Lillard teased the fans with the picture

Damian Lillard posted a picture of KD in a Portland Trail Blazers jersey on his Instagram story section on Saturday afternoon. You can check out the screengrab below:

Dame really posted this on his IG with all due respect 🥶 pic.twitter.com/I5lPXEnaIg

Fans are speculating that the Nets might attempt to let go KD and PG Kyrie Irving after their failed experiment in Brooklyn.

It has been noted that Durant is signed to a massive contract through the 2025-26 season. There have been rumors going around about Kevin Durant’s future with the Nets. The trio of Durant, Irving and James Harden turned out to be disastrous. Irving has a player option for next season and could choose to opt-out if Durant forces a trade. You can also learn how to bet on NBA.

As for the Blazers, they appear ready to go all-in to try and make Lillard Dame happy. Portland has a handful of stars that could help make a swap deal for Durant. The Blazers also have the cap space at this point.

It has also been noted that Portland just traded for Jerami Grant from the Detroit Pistons and selected Shaedon Sharpe with the No. 7 pick in the 2022 NBA Draft on Thursday night.