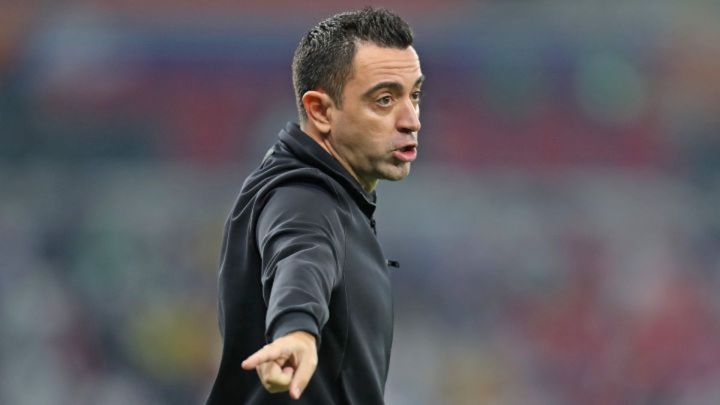 Barcelona legend Xavi has returned to the club as a manager, replacing Ronald Koeman and leaving his role with Qatar club, Al-Sadd. The former midfielder was touted to take over the reins at Barcelona after impressing in his two-year stint as manager in Qatar.

The club dismissed Ronald Koeman following the La Liga giants’ woeful start to the start, where they are languishing mid-table with rivals Real Madrid claiming the top spot.

Xavi was part of the Barcelona set-up for 17 years before calling it a day and switching over to management. The former player reportedly requested for Al-Sadd to release him from the contract to help Barcelona get back on their feet.

Al-Sadd said in a statement on their official Twitter account, which stated: “The administration agreed on the transfer of Xavi to Barcelona after paying the penalty clause stipulated in the contract,”

“We agreed with Barcelona on practical cooperation in the future, Xavi is an important part of the history. We wish him all success in the next stage.”

Xavi had made his intentions to return to Barcelona clear

The 41-year-old was the backbone of the midfield in the team’s greatest side in the late 2000s and early part of the previous decade. He won numerous accolades during his time with the club.

With the club now in deep crisis after Messi’s departure, which was caused by a severe financial crisis, Xavi had expressed his desire to help his former club during the time of need.

‘But now it depends on the conversations between clubs, they need to reach an agreement. Barca is coming to talk, we are all eager and excited. We’ll see if it ends up being done.

‘I really want to go home. I hope it happens. I have a contract and now the clubs have to negotiate. They already know my position.’

Apart from the league, Barcelona are in a delicate position in their Champions League group as well and could risk missing out on the knockout stages.

Xavi’s departure was apparently evident after he was seen shaking every player’s hand following the 3-3 draw against Al-Duhail in the Qatar Stars League.

FIFA and IOC pledged to reach NetZero by 2040