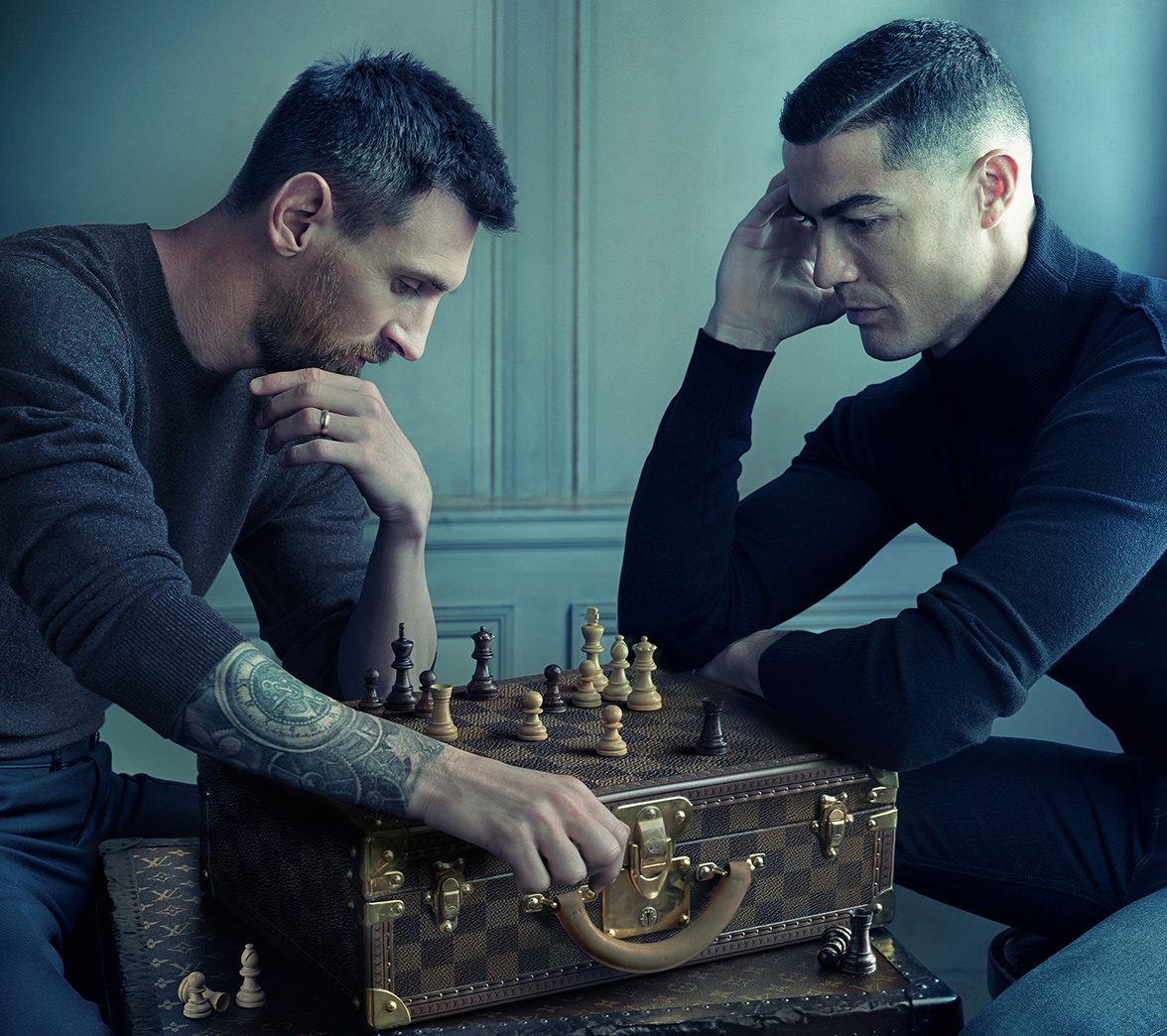 Lionel Messi and Cristiano Ronaldo are undoubtedly two of the biggest stars of football, currently taking part in FIFA World Cup. They were recently spotted playing chess in Louis Vuitton’s latest FIFA World Cup campaign, which launched on Saturday. Chess fans quickly discovered that the position on the board is from a real game.

Cristiano Ronaldo and Lionel Messi broke the internet with the picture

“Victory is a State of Mind,” wrote Louis Vuitton alongside the photo, in which Messi and Ronaldo were seen playing chess on a checkered Louis Vuitton suitcase. The picture, which was shot by the legendary celebrity portrait photographer Annie Leibovitz, was posted on Messi’s, Ronaldo’s, and Louis Vuitton’s channels. It is already among the most-liked Instagram posts.

Louis Vuitton adds: “In addition to a long tradition of crafting trunks for the world’s most coveted sporting trophies, the Maison celebrates two of the most talented football players today.” The photo was published a day before the opening of the FIFA World Cup in Qatar, which is likely the last world cup for both superstars.

What is the significance of the match?

It has come to light that the position on the board is not random. Ronaldo and Messi are looking at a position from the game Carlsen-Nakamura, Norway Chess 2017. It was GM Magnus Carlsen’s second GM Peter Heine Nielsen who first pointed that out on Twitter, and then Carlsen commented on that tweet and the photo: “Second greatest rivalry of our time mimicking the greatest.”

Meanwhile, Saudi Arabia(KSA) pulled off a massive upset in the Group C match of ongoing FIFA World Cup 2022 against Argentina at the Lusail Stadium in Qatar on Tuesday afternoon. Lionel Messi-led side suffered a disappointing 2-1 loss as Saudi men stunned them with a brilliant comeback.

Amid the FIFA World Cup, Cristiano Ronaldo parted ways with Premier League giants Manchester United. In the Portugal outfit, Ronaldo is set to start the campaign against Ghana on Thursday, November 24.