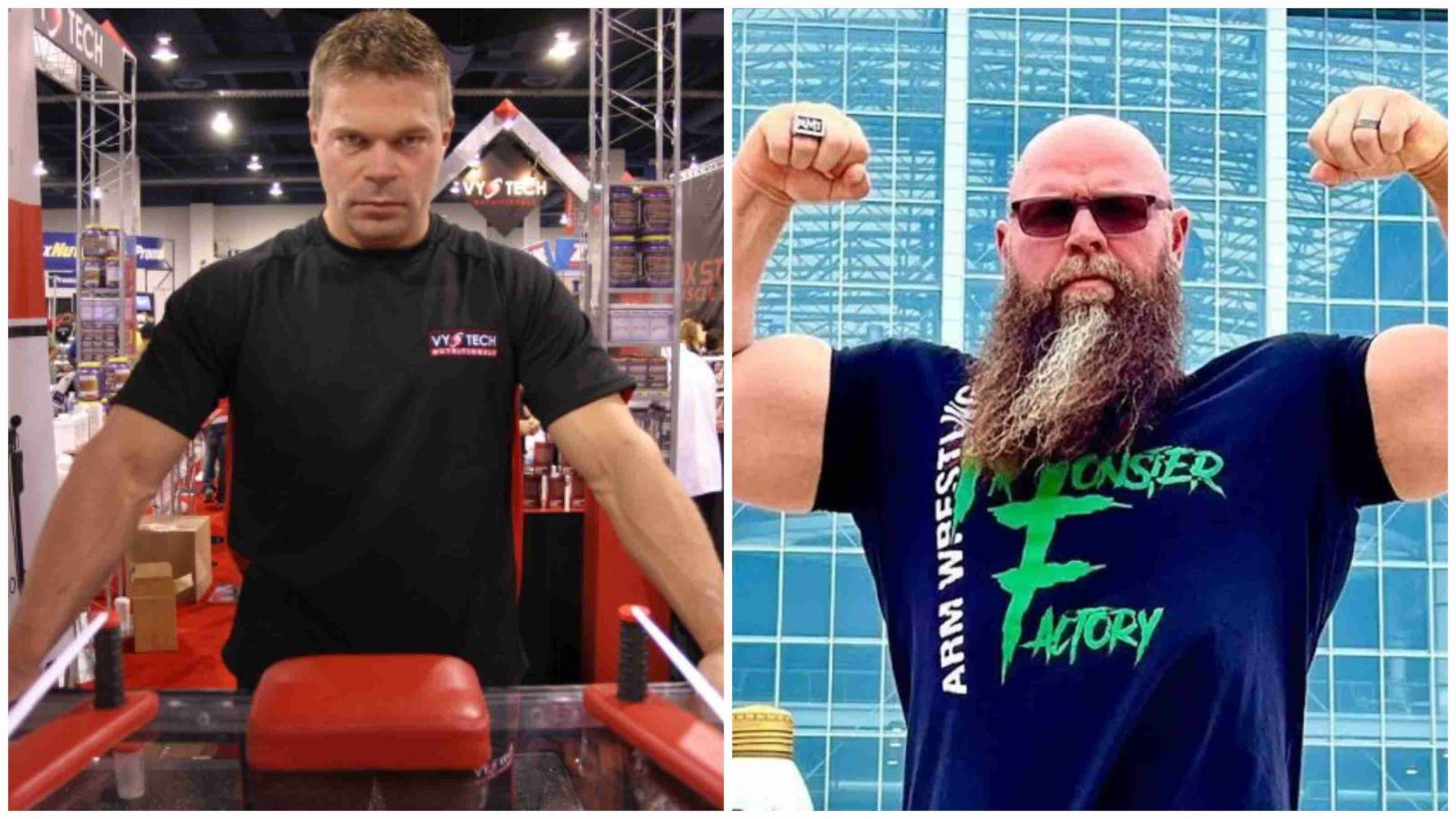 It has been just three days since the arm wrestling fandom was treated with the highly successful Monster Factory 2 event, featuring none other than John Brzenk and Michael Todd in the headliner matches, and now, the third edition of Monster Factory has been announced, with the eye-catching main event where both Brzenk and Todd will meet each other on the table.

One of the household names in arm wrestling, Michael Todd has returned to winning ways in the co-main event of MF2, defeating  “Todzilla” Todd Hutchings with a  dominating 3-1 victory. The 18-times World and 34 times National champion is also set to fly to India for the upcoming Pro Panja League Ranking Tournament taking place in Gwalior from 22nd to 24th July.

When it comes to arm wrestling, John Brzenk is an identity that needs no intro. The 57-year-old, touted as the “Greatest Armwrestler of All Time”, is on a two-match win streak, having defeated Zurab Tavberidze in the main event of East vs West 3, followed by a superb 3-2 win over Corey West in the MF2 headliner.

Now, the two behemoths are set to meet each other on the table, as Todd himself announced on his official YouTube channel that he will take on Brzenk in the main event of Monster Factory 3.

John Brzenk vs Michael Todd: A rematch eight years in the making

John Brzenk vs Michael Todd is a highly anticipated rematch that is happening after eight years. The two had faced each other for the first time at UAL 8 in 2014 and it was Brzenk who produced a mind-boggling performance and the match remains one of the greatest ever in the sport.

Now, John has won both of his last two matches this year, bouncing back from a loss against Devon Larratt at King of the Table 2 in December 2021. Todd, having lost back to back against Larratt and Revaz Lutidze at King of the Table 1 and East vs West 3 respectively, has returned to winning ways with his MF2 victory.

The Brzenk vs Todd supermatch at MF3 will no doubt become one of the biggest arm wrestling events of current times. Brzenk will be looking forward to continue his win streak, while Todd will be aiming to avenge the loss from eight years ago.

Are you excited for Monster Factory 3: John Brzenk vs Michael Todd? Who do you think wins that supermatch? Let us know in the comment section below.