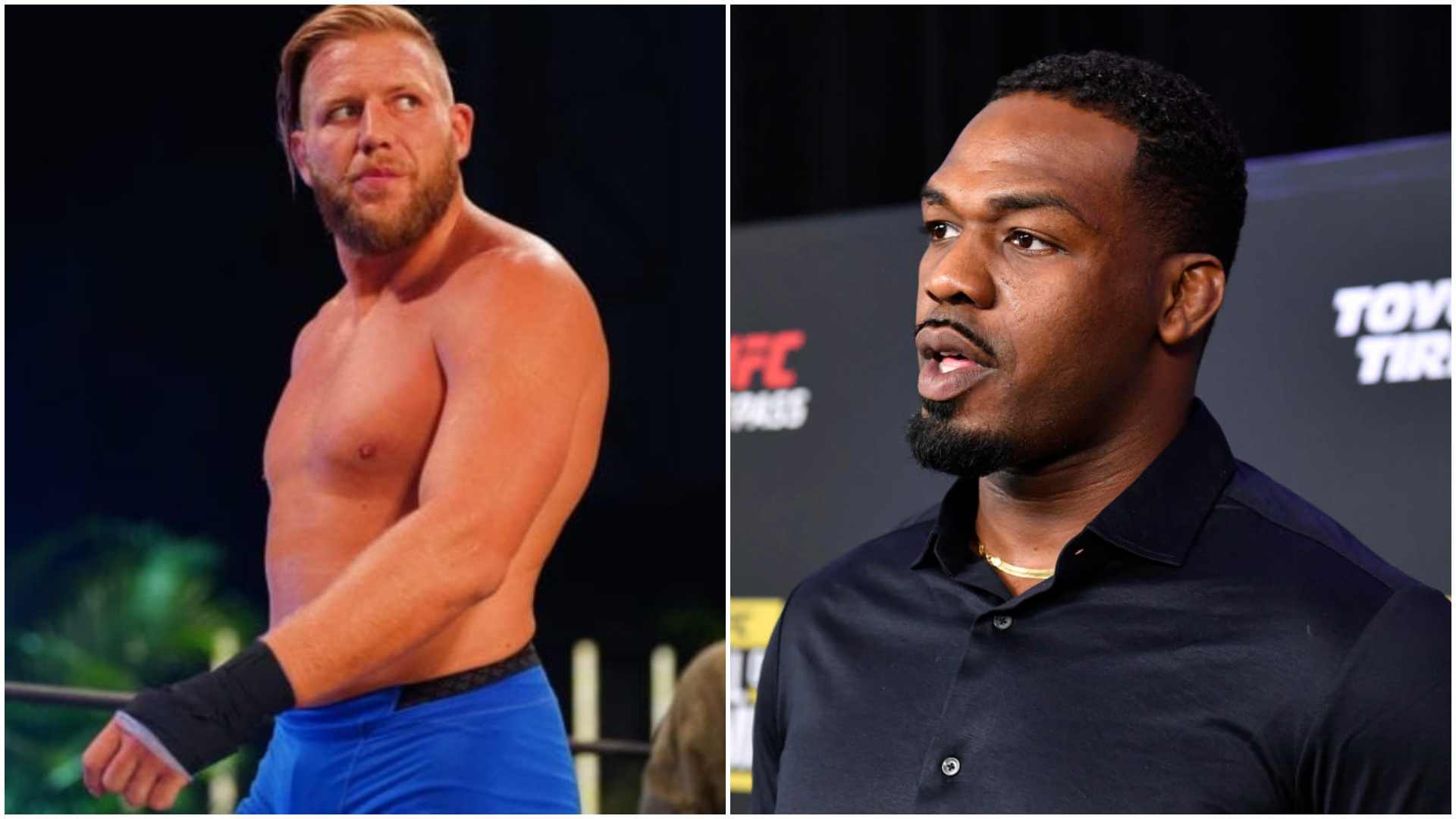 Jake Hager is an AEW star and he is also the undefeated fighter in the Bellator competing in the heavyweight division. It turns out the UFC light heavyweight division star Jon Jones is not quite aware who Jake Hager is. ‘Bones’ recently tweeted that he and Jake Hager will compete for the number one grappling organization in the world, Fury Grappling, on December 9th. But, while mentioning Hager in the Tweet, he mistakenly addressed him as WWE star and called him ‘Jack Swagger’, which is, of course, Hager’s in-ring name while competing in WWE. The current Inner Circle member took note of it and corrected the mistake made by Jones.

Hager is no longer competing for WWE as he parted ways with Vince McMahon’s company back in 2017 and signed with AEW in 2019, which is where he currently works. Jake Hager, who saw Jon Jones’ tweet, pointed he’s no longer a WWE Star.

Hager then tweeted that he’s now an AEW star. Hager also pointed out that he hasn’t signed a contract yet and is willing to talk only if the terms are right:

Jon Jones saw Hager’s tweet and mocked him in his reply. Jomes stated he had no idea who he was and asked his fans to help the former WWE star reach one million followers on Twitter.

You can check out the screengrab of the Tweets below: 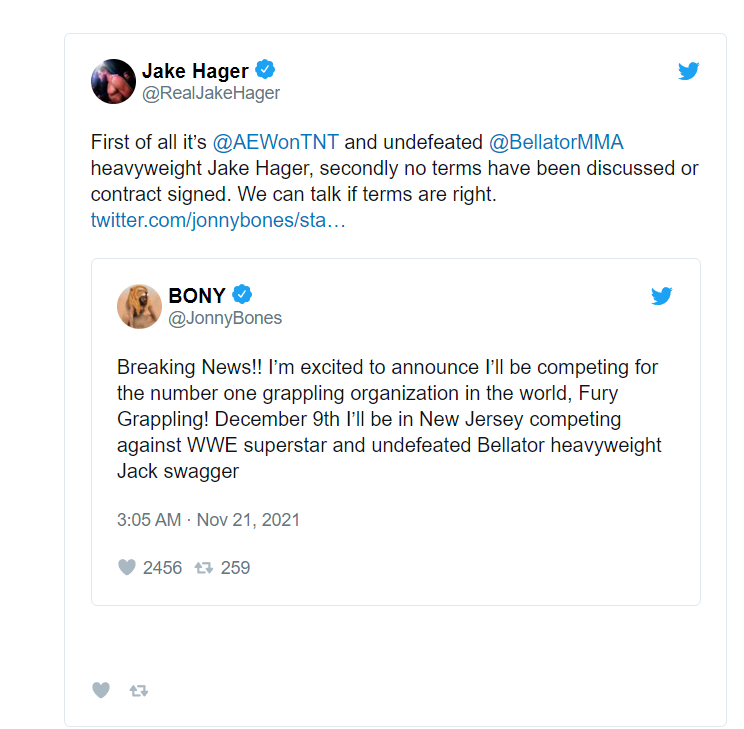 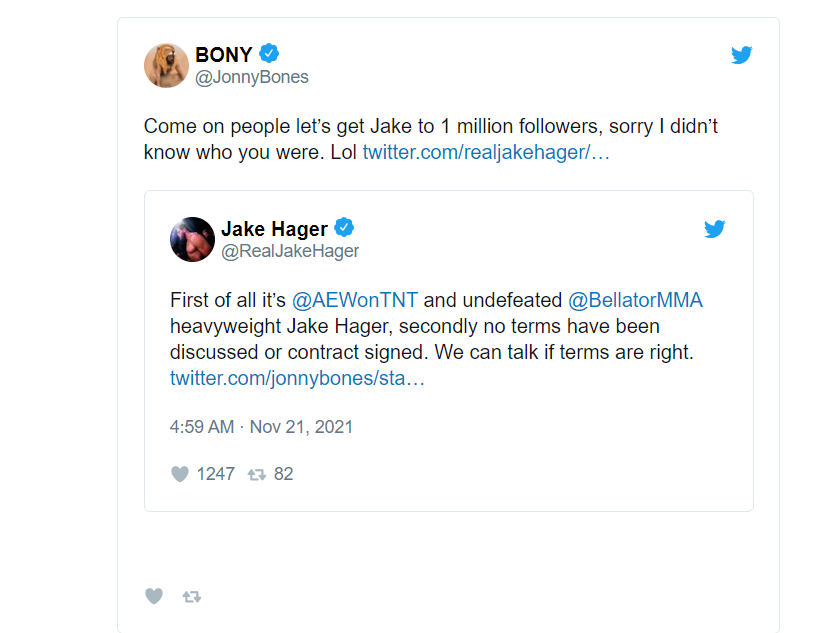 We have seen Hager go up against the former UFC Heavyweight Champion Junior Dos Santos. However, that is inside the squared circle when Dos Santos had teamed up with Scorpio Sky and Ethan Page to take on The Inner Circle(Chris Jericho, Jake Hager and Sammy Guevara), on an edition of AEW Rampage, in the main event of the show.

Junior Dos Santos was involved in a brutal spot where he got slammed through a table at ringside by Jake Hager.

The bout between Jon Jones and Jake Hager sounds quite exciting to the fans and we will have to see if the fight is materialized.